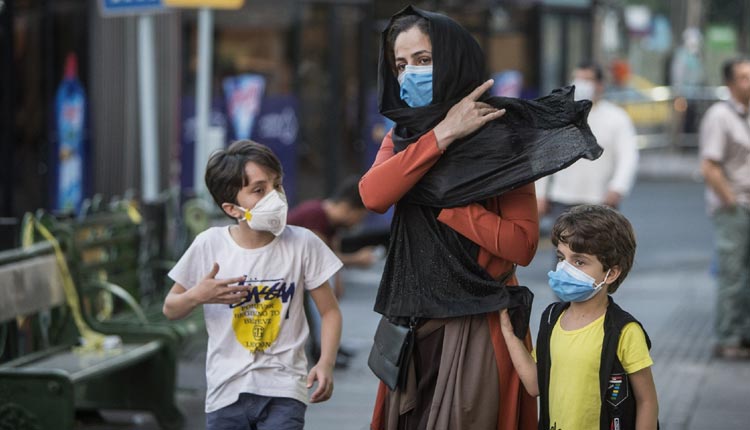 Meanwhile, the total COVID-19 cases around the world rose to 17,639,185, according to the CSSE, Xinhua news agency reported.

The United States reported the most COVID-19 cases and deaths, standing at 4,579,761 and 153,642, respectively. Other countries with over 30,000 fatalities include Brazil, Mexico, Britain, India, Italy and France.

In her daily briefing, Sima Sadat Lari, spokeswoman for Iran’s Ministry of Health and Medical Education, said out of the new cases, 1,067 have been hospitalized, Xinhua news agency reported on Saturday.

So far, 265,830 infected have recovered and been discharged from hospitals in Iran, while 4,011 remain in critical condition.

Currently, 15 out of 31 Iranian provinces are at high risk or in alert situation, she said.

Iran announced its first cases of COVID-19 on February 19.

With a total of 46,688 fatalities, Mexico now accounts for the world’s third highest number of coronavirus fatalities in the world, according to the Johns Hopkins University.

Previously the UK had the third highest toll, and registered 46,204 deaths as of Saturday, the University revealed in its latest update.

In terms of cases, Mexico ranks in the sixth place with 424,637 infections, the University update added.

In Mexico, local authorities have previously said they believe the real number of infections is likely to be significantly higher than those reported, the BBC said in a report.

President Andres Manuel Lopez Obrador is eager to restart the country’s flagging economy. His government announced a phased plan to lift restrictions in May.

In Mexico City, the capital, hundreds of thousands of factory workers returned to their jobs in mid-June.

Some non-essential businesses were then allowed to reopen at the start of July in the city, the epicentre of the country’s epidemic.

On Friday 10 state governors slammed the government’s handling of the outbreak and called for the resignation of Assistant Health Secretary Hugo Lï¿½pez-Gatell. On Saturday, the overall number of global coronavirus cases stood at 17,601,361 with 679,600 deaths.

California, the most populous state in the United States with a population of around 40 million, became the first state in the country to have more than half million confirmed cases of COVID-19, authorities said.

A daily report released by the California Department of Public Health on Saturday showed a daily jump of 6,542 COVID-19 cases, bringing the total number of cases in the state to 500,130, Xinhua news agency reported.

Officials noted that there have been 7,886,587 tests conducted in California, representing an increase of 75,546 over the prior 24-hour period.

“As testing capacity continues to increase across the state, an increase in the number of positive cases has been expected,” said the department in the daily report.

The number of confirmed cases in California surpassed New York last week for the most in the United States.