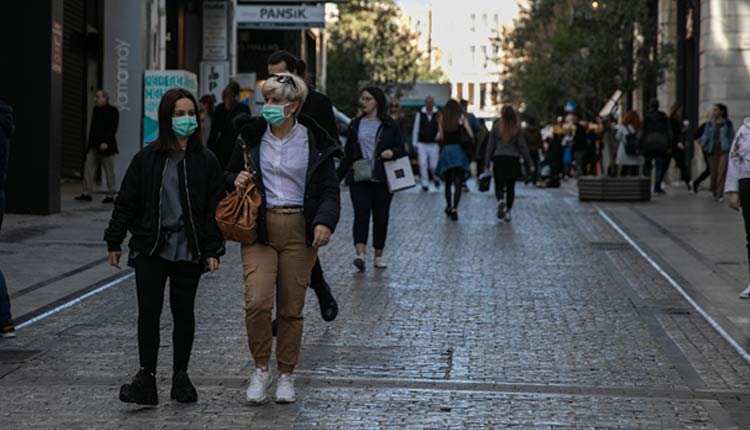 The coronavirus pandemic has brought the world to a standstill. Here are the latest updates on the COVID-19 crisis from around the globe on Friday.

The overall number of global COVID-19 cases has topped to over 8.4 million, while the deaths have surged to more than 453,000, according to the Johns Hopkins University.

As of Friday morning, the total number of cases stood at 8,463,533, while the fatalities increased to 453,268, the University’s Center for Systems Science and Engineering (CSSE) revealed in its latest update.

With 2,189,128 cases and 118,421 deaths, the US continues with the world’s highest number of COVID-19 infections and fatalities, according to the CSSE.

In terms of cases, Brazil comes in the second place with 978,142 infections.

With 47,748 COVID-19 deaths, Brazil accounts for the second highest number of fatalities in the world.

WHO concerned over rising COVID-19 cases in Europe

The World Health Organization (WHO) Regional Office for Europe rang the “alarm bells” by pointing out disturbing increases in “incidence and numbers” of coronavirus infections in eastern Europen countries despite weeks of COVID-19 cases declining in other nations.

“In the past month, the number of European countries showing significant increases in cumulative incidence has more than tripled from six to 21 countries,” Hans Kluge, WHO regional director for Europe, said during a regular virtual meeting hosted in Copenhagen on Wednesday.

Kluge’s remarks dispelled any notion of taking false security from WHO statistics that could show the European region had “stabilized at around 17,000 to 20,000 cases per day on average due to weeks of cases declining in other countries”.

“COVID-19 is still in a very active phase in many countries. It is crucial that we continue to recover and rebuild following the lockdown,” said the WHO official.

Kluge emphasized the need to remain diligent and lift restrictions with care, citing the reopening of schools in a few countries that resulted in local “flares.”

In his oft-repeated clarion call to countries in the region, Kluge asked them to strengthen the preparedness and readiness of their emergency services and routine health system delivery, because he was “hoping for the best but preparing for the worst” of a likely resurgence of COVID-19.

“We are not out of the woods. Lockdowns and social distancing have gained us time,” he said, reiterating that “the risk remains high across all countries.”

Kluge said that “it is important that the authorities fully invest in having an aggressive track, test and trace surveillance system to avoid costly additional lockdowns in the weeks and months ahead should the virus rebound.”

Canadian Prime Minister Justin Trudeau announced that his government will begin testing a mobile contact tracing app against the COVID-19 pandemic in the country.

The app will compile confirmed positive COVID-19 cases and notify Canadians when they’ve been in proximity to someone who has the virus, Xinhua news agency reported on Thursday.

The Trudeau government intends to make the app available for download in early July and that the program will be compatible with the 30 million smartphones in Canada.

“I want to stress that this will be completely voluntary. It will be up to individual Canadians to decide whether to download the app or not. But the app will be most effective when as many people as possible have it,” Trudeau said at his Thursday press conference in Ottawa.

Trudeau said the case monitoring and exposure notification application is a “crucial” public health step as more Canadians begin resuming some semblance of normal life, including returning to work.

“It’ll actually allow us to have a better sense of when there are spikes or resurgences of a virus in a particular area or not because more people will be getting that notification and calling their local public health authorities, so any level of uptake would be useful,” Trudeau said, adding that he hopes Canadians view the app as an easy added layer of protection.

The Public Health Agency of Canada on Thursday recommended wearing a non-medical mask or face-covering in public places, especially crowded ones, when physical distancing of two meters from other people isn’t possible to do consistently. Such places include stores, shopping areas and public transportation.

As of Thursday afternoon, Canada reported 100,148 confirmed COVID-19 cases and 8,299 deaths, according to CTV.

Around 730 workers at a slaughterhouse in the German state of North Rhine-Westphalia (NRW) had tested positive for the novel coronavirus as of Thursday, German news agency DPA reported.

Local authorities had ordered the Toennies Group meatpacking plant in Rheda-Wiedenbrueck in the district of Guetersloh to be temporarily closed on Wednesday, Xinhua news agency reported.

Meanwhile, around 7,000 people are under quarantine in Guetersloh. Schools and daycare centres will be closed from Thursday until June 29.

Regional media WDR reported Thursday that Guetersloh authorities plan to carry out around 5,300 more tests within the next few days.

The state of NRW has launched an investigation into the source of the infections.

Toennies said in a statement on Wednesday that the company will now primarily take care of the employees infected and in quarantine. It also said official tests have been carried out at other Toennies Group locations in recent weeks and there are currently no abnormalities.

In early May, an outbreak of more than 200 cases was seen at a Westfleisch meat-processing plant in Coesfeld, NRW.