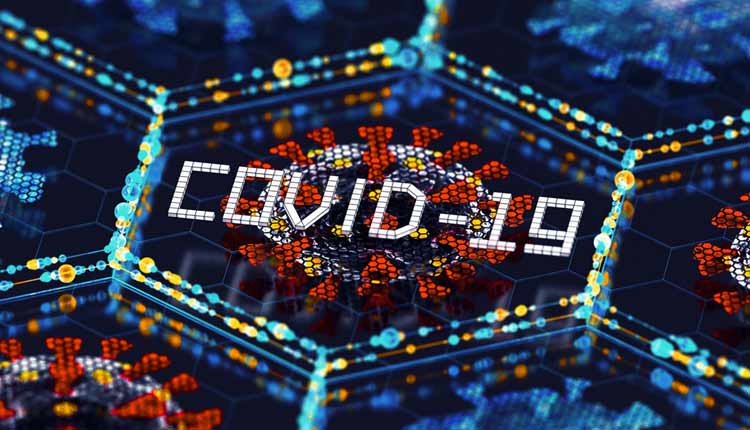 Washington: The overall number of global coronavirus cases has increased to over 10.1 million, while the deaths have soared to more than 500,000, according to the Johns Hopkins University.

As of Monday morning, the total number of cases increased to 10,115,912, while the fatalities stood at to 501,233, the University’s Center for Systems Science and Engineering (CSSE) revealed in its latest update.

The US accounted for the world’s highest number of infections and fatalities with 2,548,143 and 125,799, respectively, according to the CSSE.

Another 36 COVID-19 patients have died in Britain as of Saturday afternoon, bringing the total coronavirus-related death toll in the country to 43,550, the British Department of Health and Social Care said.

The figures include deaths in all settings, including hospitals, care homes and the wider community, Xinhua news agency reported on Sunday.

As of Sunday morning, 311,151 people have tested positive for the disease in Britain, a daily increase of 901, according to the department.

As of Sunday morning, there have been 9,195,132 tests of the novel coronavirus in the country, with 127,709 tests on Saturday, said the department.

France says no link between origin of COVID-19, Wuhan lab

France has recently announced that it does not have information to corroborate a possible link between the origin of the novel coronavirus and the Wuhan Institute of Virology.

“As regards the origin of the virus, the Ministry of Europe and Foreign Affairs has no information to date to corroborate a possible link between the origin of the coronavirus and the work of the Institute of Virology in Wuhan,” said the ministry when addressing the Senate earlier this month, Xinhua news agency reported on Sunday.

France has supported a resolution brought up by the European Union to the World Health Assembly in May, which requested the World Health Organisation (WHO) to continue its work, in close collaboration with the World Organization for Animal Health (OIE) and the Food and Agriculture Organization of the United Nations, to identify the zoonotic source of the virus and the mechanisms of transmission to the human population, said the ministry in a letter answering a question by the upper house of the parliament.

“At this stage, France’s priority is to continue the international fight against the pandemic, and to consolidate multilateralism,” it added. “With this priority objective, the French Minister for Europe and Foreign Affairs has talked several times with his Chinese counterpart.”

No state of emergency in Japan despite rising COVID-19 cases

The Japanese government has no immediate plan to declare a state of emergency again despite an increase in the number of COVID-19 cases in capital Tokyo, a Minister said.

On Sunday, Minister for Economic Revitalization Yasutoshi Nishimura said that he was wary of infections spreading from Tokyo to neighbouring prefectures, adding that the government was analyzing data from each prefecture to identify links in new cases between regions, and possible group infections, reports Xinhua news agency.

According to Nishimura, the government has no plan to reinstate a state of emergency for the time being.

He also said that the country’s medical system is more than able to deal with all COVID-19 patients.

The Tokyo metropolitan government said on Sunday that 60 new cases of COVID-19 infections had been confirmed in the capital, up from 57 the previous day and hitting the highest number of daily tally since the state of emergency was lifted on May 25.

The number of people in the capital who have tested positive for the pneumonia-causing virus now stands at 6,114, the Tokyo metropolitan government said.

Across the country, the confirmed COVID-19 cases increased by 107 to reach 18,516, according to the latest figures from the Health Ministry and local authorities on Sunday.

The number excludes the 712 cases from the Diamond Princess cruise ship that was quarantined in Yokohama near Tokyo.

The death toll in Japan from the pneumonia-causing virus currently stands at a total of 985 people, according to the Ministry, with the figure including those from the cruise ship.

It said there are currently a total of 46 patients considered severely ill and are on ventilators or in intensive care units.

The Ministry also said that in total, 17,164 people, including 658 from the cruise ship, have been discharged from hospitals after their symptoms improved.