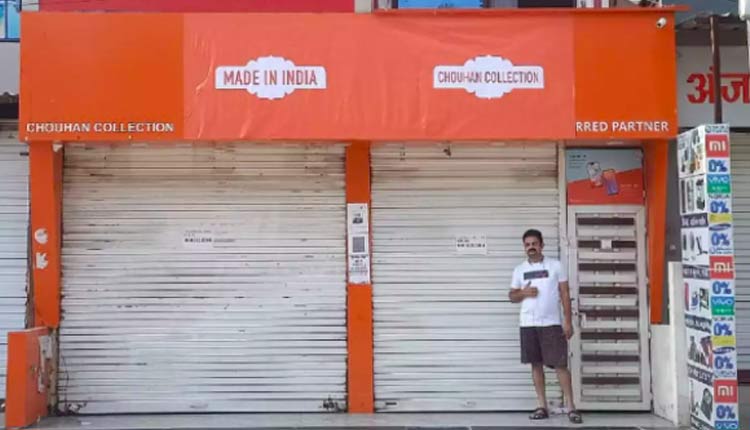 New Delhi: Despite asserting that anti-China sentiment was mainly limited to social media, Xiaomi, it appears fearing a backlash amid the India-China stand-off, has begun covering its retail store branding with the Made in India logo in white colour, the All India Mobile Retailers Association (AIMRA) said on Thursday.

The action came after the association sent a letter to all the Chinese mobile brands to bring the “ground reality” to their notice.

Anti-China sentiment stirred up in the country following the deaths of 20 Indian soldiers in a clash with the Chinese People’s Liberation Army (PLA) in Ladakh’s Galwan valley on June 15.

When contacted, Xiaomi declined to officially comment on the development.

In its letter, AIMRA requested the Chinese mobile phone brands to “allow retailers to cover these signages with cloth/flex or to remove the boards from the storefront for a few months”.

The association of the mobile retailers pointed out that anti-social activists had recently visited several markets in Mumbai, Agra, Jabalpur and Patna and damaged the signages of Chinese brands.

“We sent the letter to ensure safety and security of our members and their stores. We have seen a little aggression in the market places,” Khurana said, adding that certain organisations have given retailers one week’s time to remove Chinese branding from their stores.

“We thought this could be a threat in the coming time if the aggression goes up. We are worried about the safety of retailers. What will happen if stores are set on fire, or if items of the stores are stolen or the retailers suffer physical injury?,” he said.

AIMRA said it had requested all Chinese brands including OPPO, Vivo, OnePlus, Motorola, Realme, Lenovo and Huawei to remove boards from the storefront.

Damage to the boards displaying Chinese branding should not be the retailer’s liability, it said.

“We are requesting that if tomorrow some boards get damaged, the security deposit of retailers should not be forfeited or they should not be made to pay for it,” he added.

Xiaomi India Managing Director Manu Kumar Jain tweeted last week that Xiaomi is “more Indian” than any other smartphone brand in the country.

In an interview to news channel CNBC-TV18 last week, Jain said that anti-China sentiment was limited mainly to social media and it had not impacted Xiaomi’s business in the country.

Also Read: Xiaomi Generates Employment For Over 50,000 People In India