With Higher Threshold, E-Invoicing Of GST Compulsory From Oct 1 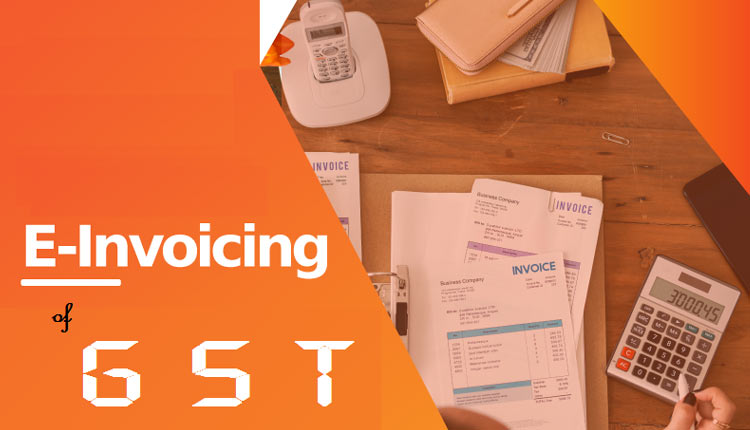 New Delhi: The government proposes to roll out compulsory e-invoicing of GST from October 1, but has decided to raise the threshold to exempt smaller entities from this compliance, an official said on Thursday.

Accordingly, e-invoicing will be mandatory only for businesses with turnover of Rs 500 crore or more. Those, on the other side of the threshold, will be exempted from the compliance burden, for the time being.

The threshold for mandatory e-invoicing — a step to improve tax compliance — was earlier planned to be kept at Rs 100 crore. But, the changes are now being made on the recommendations of an empowered panel of the Goods and Services Tax (GST) Council.

The GST implementation committee, that takes decisions on behalf of the Council when urgent steps are needed, recommended on Wednesday that the Central Board of Indirect Taxes and Customs (CBIC) can keep October 1 as the date for implementing e-invoicing but with a higher threshold, said Principal Commissioner, GST Policy, Yogendra Garg.

“The QR codes are definitely not happening on October 1 but the e-invoice scheme and 500 crore turnover related notification should be out by next week and the industry can start working on it as everything is ready,” he said at an ASSOCHAM e-Conclave on 3 years of GST.

Garg also said that the CBIC would improve the existing GST return filing system instead of rolling out a new model.

“Simultaneously, we are going to notify a new scheme as well because there were some issues – export invoice and e-way bill related parameters were not there. So some of those changes are going to be notified soon,” he added.

Stressing that the government’s endeavour is to make life simpler for the taxpayer and it has been reactive and sensitive to trade requirements, he said: “There are challenges ahead but rest assured, the whole idea is to keep it as simple as possible and focus is on improving compliance mechanism, make it further simple and bring the costs down.”

Garg, however, lamented the lack of interaction with industry and urged to keep communication channels open so that the policy wing keeps getting to know as to what is required and expected.

“The problems, issues and challenges come to us very, very late and not on a regular basis. If there is regular communication, that will keep us updated on what are the requirements from the industry,” he said.

Pratik Jain, Chairman, ASSOCHAM National Council on Indirect Taxes suggested that a white paper should be bought on the kind of the GST India needs in next three to five years that clearly spells out a roadmap bringing uncovered sectors into the indirect tax fold.