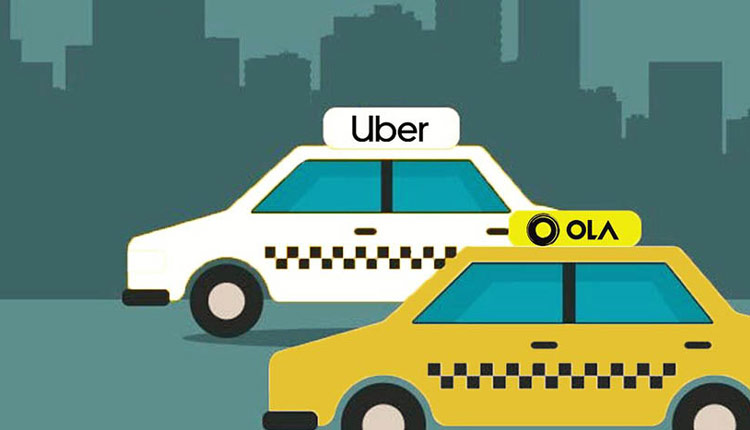 New Delhi: Before the world realised the enormity of Covid-19 repercussions, ride-hailing companies Ola and Uber just appeared set for a long drive of fast-paced growth.

After covering most major Indian cities and towns, Ola started expanding its services internationally, including in key global markets like London and Sydney. Uber too appeared to have found its mojo back, especially with its food delivery services, Uber Eats, registering healthy growth in several markets.

The pandemic, however, has forced both these companies to put a sudden break on their plans. With ride-hailing almost coming to a stop, Ola’s revenue in April and May declined by almost 95 per cent. Uber too took a major revenue hit as the rides business had been a bigger contributor.

How hard the pandemic hit these two companies that revolutionised mobility solutions can be gauged from the latest developments surrounding their businesses.

Ola Co-founder & CEO, Bhavish Aggarwal, in May told the employees that the company would have to reduce the staff strength by 1,400 as the company wanted to conserve as much cash as possible due to the impact of the pandemic which dried up its revenue.

Only last week, two top executives of the company resigned.

“Arun Srinivas, Chief Sales & Marketing Officer and Sanjiv Saddy, Senior Vice President- Corporate Affairs, are moving on to pursue other opportunities outside of Ola. The organization wishes them well in their future endeavours,” an Ola spokesperson said.

Similarly, Uber India had in May announced its decision to lay off around 600 full-time employees due to the impact of the coronavirus crisis. Globally, Uber reportedly reduced its workforce by nearly 6,700 people amid Covid-19 and decided to cut investment in non-core projects.

Such had been the impact of the pandemic on the ride-hailing major that it reportedly decided to shut 45 offices globally, including one in Mumbai, resulting in job loss for many.

Will these ride-hailing companies find a way to come stronger when the pandemic ends?

While rides have started returning in some cities as countries around the world start to reopen their economies, reaching the pre-Covid level still appears too far away.

In the meantime, Uber has found that its delivery business can make up for some of the losses. In fact, the company this month officially launched grocery delivery.

“Over the last six months, it’s become increasingly clear that grocery delivery is not only popular but often a necessity. We expect to see this trend continue as people across the world look for new ways to save time and stay safe,” Uber said in a statement on July 7, while announcing its grocery delivery business.

Uber announced its partnership with grocery delivery startup Cornershop for the new service which first took off in select cities in Latin America and Canada.

The company said it plans to roll out new grocery delivery features for customers and merchants alike in the US and other cities around the world over the coming months.

Apart from the cost-saving measures, Ola, on the other hand, has not made any significant diversification of business that could help it make up for the losses incurred due to the Covid-19-induced reduction in business size.

The only major hint of how Ola’s business will shape up in the coming days came in an announcement in May which said that the company will launch its electric two-wheeler for global markets following the acquisition of Amsterdam-based electric scooter-maker Etergo.

Ola feels that electric two-wheelers will become even more relevant in the post-Covid world.

It is now also feared by many that with growing safety concerns, there could be some reluctance in sharing rides with anyone even after the pandemic gets over.

“The future of mobility is electric, and the post-COVID world presents an opportunity for us to accelerate the adoption of electric mobility globally. Every year, almost twice the number of two-wheelers are sold across the world compared to cars,” Aggarwal, who is also the Founder & Chairman, Ola Electric, said.

“With electric, digitally connected capabilities, two-wheelers will further emerge as the most preferred urban mobility paradigm around the world and empower every consumer. We look forward to building the best global capabilities in engineering, design, and manufacturing for these products to be made here in India.”