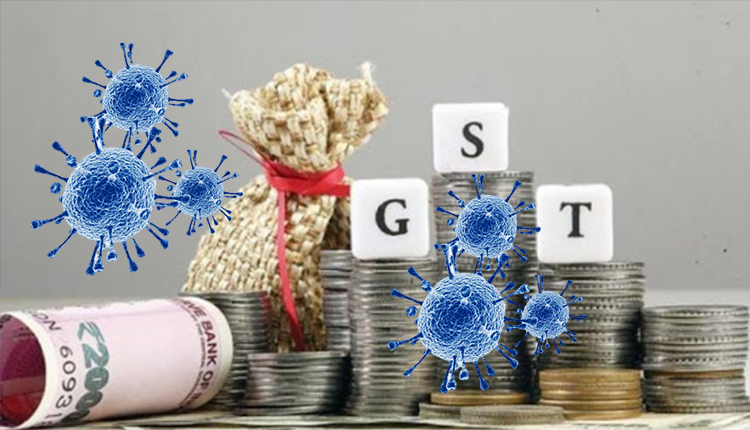 New Delhi: The Covid-19-induced shrinking of economic activity for the past few months has continued to have an impact on the government’s tax collections with revenue under the Goods and Services Tax (GST) falling far below the psychological level of Rs 1 lakh crore to Rs 86,449 crore in August.

This is second consecutive month of a fall in GST collections after the number crossed over Rs 90,000 crore in June.

The August collection, which is 88 per cent of last year’s number, is however, a recovery from the months of April and May when the Covid-induced lockdowns and severe disruptions in economic activities, resulting in GST collections nose-diving to all time low levels.

Only in June, GST collections recovered to touch Rs 90,917 crore. However, they again fell to Rs 87,422 crore in July, before falling further in August.

“The revenues for the month are 88 per cent of the GST revenues in the same month last year. It may also be noted that the taxpayers with a turnover less than Rs 5 crore continue to enjoy relaxation in filing of returns till September,” the Finance Ministry said in a statement, justifying the month-on-month fall in collections.

The government has settled Rs 18,216 crore to the CGST and Rs 14,650 crore to the SGST from the IGST as regular settlement.

The total revenue earned by Central government and the state governments after regular settlement in the month of August is Rs 34,122 crore for CGST and Rs 35,714 crore for the SGST.

The revenues during the financial year has been impacted due to Covid-19, firstly due to the economic impact of the pandemic and secondly due to the relaxations given by the government in filing of returns and payment of taxes due to the pandemic. However, figures of past five months show recovery in GST revenues.

Among the states, August collections have declined most in Himachal Pradesh, Delhi, Jharkhand, Tamil Nadu, Maharashtra, Karnataka, Kerala, and West Bengal. Only Rajasthan, Haryana, Uttarakhand, Uttar Pradesh, Nagaland, and Chhattisgarh have shown growth of GST revenue or have maintained same levels as last year in August.