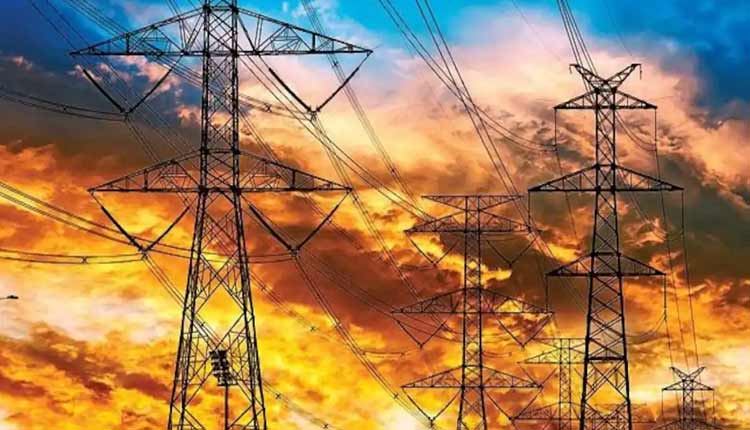 New Delhi: In line with the ‘Aatmanirbhar Bharat’ vision, the Centre proposes to make major changes in the import policy for power equipment in a bid to promote domestic manufacturing and reduce import content in large infrastructure projects.

Further, it seems the government will not keep itself limited to the policy action, as it is going a step further and asking the industry participants to shun import dependence.

As part of the ‘Aatmanirbhar Bharat Abhiyan‘, the Power Ministry has asked all power developers to completely stop imports of items where domestic capabilities are existing.

Moreover, Power Minster R.K. Singh on Tuesday also told the power developers that if import has to take place in case of other equipment, it should be allowed only for a fixed timeframe of 2-3 years during which indigenous manufacturing of these items would be developed by an enabling policy and a set of tax incentives, vendor development programme and other R&D initiatives.

To dissuade imports further, all imported items will need to be tested in Indian laboratories for adhering to Indian standards and also to check the presence of malware that becomes critical for sensitive sectors such as power.

Also, in respect of equipment required to be imported, the import of such equipment from prior reference countries would be done only after obtaining prior approval of the government.

These initiatives were announced by Power and Renewable Energy Minister R.K. Singh during his video conference with developers of generation and transmission projects in the power and renewable energy sector.

The Union Minister further informed the meeting about the ministry’s proposal to impose Basic Custom Duty (BCD) beginning August 2020 on solar modules, solar cells and solar inverters. He said that a clear trajectory of BCD would be declared so that there is no uncertainty about government policy.

Further, the approved list of models and manufacturers in respect of Renewable Energy will be made effective from October 1, 2020, as declared earlier.

This will ensure that all solar power projects which are bid out as per the standard bidding guidelines will be required to procure solar cells and solar modules and other equipment from the manufacturers figuring in the approved list, he added.

Interestingly, Chinese imports play a major role in India’s solar power industry and sector players have off late raised concerns over the immediate halt in imports from the country as India still does not have the required infrastructure to produce the imported products.

Singh on Tuesday also said that financing from Power Finance Corporation (PFC), Rural Electrification Corporation (REC) and Indian Renewable Energy Development Agency (IREDA) will be structured in such a manner that lower rates of interest will be charged on the developers using domestically manufactured equipments.

He also mentioned the recent constitution of an FDI Cell and a Project Development Cell in the Ministries of Power & NRE. The FDI Cell will vet proposals for investment from countries that share borders with India.

The Project Development Cell will hand-hold investible projects so that the process of investment is accelerated. He further informed the meeting that the practice of issuing concessional custom certificates for certain import items in the RE sector will be discontinued from a date that will be specified separately.

In his address at the launch of ‘India Roadmap on Low Carbon and Sustainable Mobility (Decarbonisation of Indian Transport Sector)’ report by Ficci, he said that the priority of the government is to develop such a pollution-free and cost-effective transportation system, which also provides comfort to the poor people of the country.

Gadkari also said the government will play the role of a facilitator and support the private sector in its initiatives for developing a sustainable transportation system.

He said that the industry should consider various aspects of sustainable transportation system which comprises of low carbon fuels, electric vehicles, water transportation, conversion of diesel vehicles to LNG and CNG, and use of ethanol, methanol and hydrogen fuels for vehicles.

Subsequently, industry should then reach out to state governments and ministries concerned and suggest changes in the policies for developing implementable and economically viable projects, he said.

Besides, Gadkari said that the industry should look at public-private partnerships and adopt an integrated approach for developing new models of transportation.

He also pointed out the need to decongest metro cities and urged the industry to create industrial clusters and smart cities.

He added that to decrease migration of rural population to urban areas, there is a need to concentrate on the upliftment of agriculture sector, tribal and village population.