US Withdraws From Open Skies Treaty 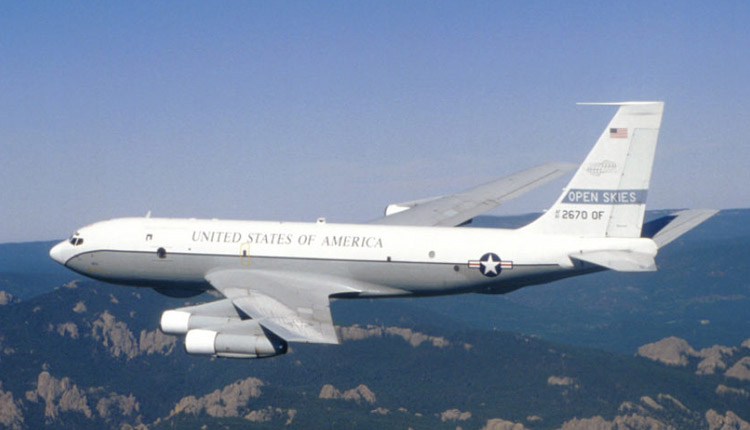 Washington: The US has announced its officially withdrawal from the Treaty on Open Skies, in yet another move to abandon a major international arms control agreement.

“Today marks six months since the US submitted our notice of withdrawal from the Treaty on Open Skies. We are now no longer a party to this treaty that Russia flagrantly violated for years,” Xinhua news agency quoted the National Security Council as saying in a tweet citing National Security Adviser Robert O’Brien.

President Donald Trump “has never ceased to put America first by withdrawing us from outdated treaties and agreements that have benefited our adversaries at the expense of our national security,” the post added.

The Trump administration submitted the notice of its decision to withdraw from the treaty in May, and Sunday’s announcement marked the end of a six-month notification process.

The treaty, which became effective in 2002, allows its 34 State Parties to conduct short-notice, unarmed reconnaissance flights over the others’ entire territories to collect data on military forces and activities.

The US and Russia have blamed each other for non-compliance with the treaty.

Washington and Moscow have each put a few limits on flights over their territories — Hawaii and some other US bases have been off-limits, as has Kaliningrad, among others, according to media reports.

The treaty is aimed at building confidence and familiarity among state parties through their participation in the overflights.

By 2019, over 1,500 Open Skies flights have been conducted since the deal entered into force, according to media reports.

Some experts noted that a unilateral US exit from the treaty would undermine U.S. commitment to its NATO allies.

Responding to US’ announcement, the Russian Foreign Minister said that Moscow will seek firm guarantees that the states remaining in the Treaty fulfil their obligations.

“After withdrawing from the Treaty on Open Skies, the US side expects that its allies, on the one hand, will hinder Russian observation flights above US military facilities in Europe, and, on the other hand, share with Washington their photographic materials of Russian territory,” it said in a statement.

“Of course, this is unacceptable for Russia. We will seek firm guarantees that the states remaining in the Treaty on Open Skies will fulfil their obligations, firstly, on ensuring the possibility of observing their entire territory and, secondly, on ensuring that the materials of observation flights will not be transferred to third countries that are not participants of the treaty.”

“We deeply regret that the US decided to take this step and is now doing it. Our stance on the treaty has not changed: we see it as an important part of the arms control architecture,” he said in a statement late Sunday.

Mass also said that Germany is committed to efforts to overhaul the Treaty so as to improve its role in confidence building between its members.