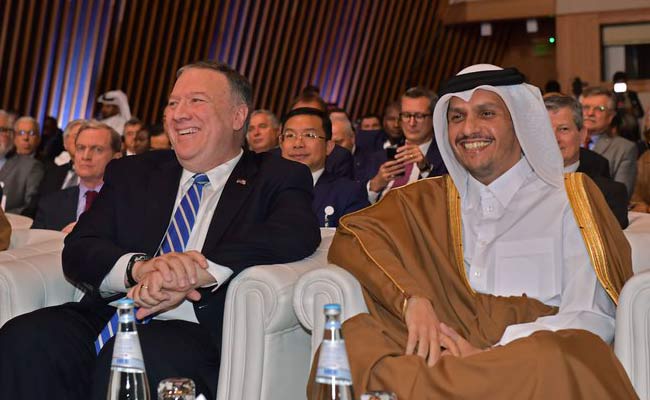 Kabul: The US will reduce its troop levels from 13,000 to 8,600 in Afghanistan in the coming months, but the pullout would depend on the Taliban meeting their commitments to prevent terrorism and not showing “bad faith” to talks, officials said here on Saturday as America and the militant group signed a landmark peace agreement in Doha.

Under the agreement, the US would withdraw its troops in the next 3-4 months, with the remaining American forces withdrawing in 14 months. The peace agreement is aimed at bringing an end to 18 years of war in Afghanistan and allowing US troops to return home from America’s longest war.

As part of its efforts to bring lasting peace in the war-torn Afghanistan and the agreement it signed with the Taliban, the US has committed to make an initial reduction in its forces in Afghanistan to 8,600. The US currently has some 13,000 troops in Afghanistan.

This is the level that General Scotts Miller, Commander of US and NATO troops in Afghanistan, had earlier identified as necessary to fulfil his mission.

The withdrawal of troops and the agreement itself move in parallel processes, a senior administration official said as the US signed the landmark agreement with the Taliban in Doha in presence of Secretary of State Mike Pompeo and a host of foreign diplomats including those from India.

“Our withdrawal is aligned with this agreement and is conditions-based. If the political settlement fails, if the talks fail, there is nothing that obliges the United States to withdraw troops,” said the official, who spoke on the condition of anonymity.

“That’s not to say that the President doesn’t have prerogatives as Commander-in-Chief of the United States of America to make any decision that he feels appropriate as our President, but there is no obligation for the United States to withdraw troops if the Afghan parties are unable to reach agreement or if the Taliban show bad faith in the course of this negotiation,” the official said.

Responding to questions, the official noted that the withdrawal of troops will not be immediate.

The reduction of troops to 8,600 is part of the initial agreement and it will play out over several months.

“It doesn’t happen immediately. It takes a while to get out. It’s not going to happen overnight. But that is the commander on the ground’s recommendation, that is the President’s intention, and that’s in the agreement,” said the official.

According to another senior administration official, America’s commitment to act on the pullout is tied to the Taliban’s action on their commitments in the agreement, which includes in detail counter-terrorism commitments, because that was US’ priority concern, and also their engagement in these negotiations.

As far as the long-term goal is concerned, the President’s aspiration remains ultimately to bring a political settlement here, end the war, and end the US military commitment to Afghanistan, the official said.

“The President does not seek a permanent commitment of US forces to a war in Afghanistan. There are a lot of ways that we can and will continue to work with the Afghan Government in the aftermath of a political settlement, and there’s many venues of cooperation between us and them, but it is the President’s ambition to reach a political settlement and have the United States forces leave and end the fight. That is his goal,” the official said.

If Afghanistan will be at peace, aid agencies and international donors will have free movement around the entire country of Afghanistan to be able to finally bring economic opportunity to people who’ve suffered through 18 years of war.

The Taliban and the Afghan civil authorities will have reached a political settlement that is a durable settlement that will allow them to exist and coexist in the same country without fighting, the official said, listing out some of the conditions for complete withdrawal of US troops from this country.

“You will see also at that point an end to support for terrorism and an end for any compelling need for American military forces to be deployed in a war-fighting capacity in Afghanistan.

“And so in the event that all this works and there is a lot of work to do between now and then yeah,” the official said when asked about zero US troops in Afghanistan.

The 18-year-long Afghan war has killed tens of thousands of civilians and Afghanistan remains one of the poorest countries in the world. Some 2.5 million Afghans are registered as refugees abroad and another two million are displaced within their country.

The war has cost the US taxpayer more than USD 1 trillion in military and rebuilding costs since the US-led invasion of 2001.

More than 100,000 Afghan civilians have been killed or injured over the past decade, according to the United Nations.

India’s Ambassador to Qatar P Kumaran represented the country at the signing of the landmark peace deal between the US and the Afghan Taliban in Doha on Saturday.

It was for the first time India officially attend an event involving the Taliban.

Diplomats from a number of countries including Pakistan, Turkey and Indonesia were present during signing of the deal which marks end of the United States’ war in Afghanistan since 2001.

India was represented at the event by the Ambassador to Qatar, official sources said.

The deal allows for the withdrawal of US forces from Afghanistan. The US has lost over 2,400 soldiers in Afghanistan.

India was invited for the signing-in ceremony by the Qatar government.

India’s presence at the ceremony marks a significant change in its policy as it was for the first time New Delhi sent an official representative to an event involving the Taliban.

India has been a key stakeholder in the peace and reconciliation process in Afghanistan.

In a significant move, India had sent two former diplomats in “non-official” capacity to a conference on Afghan peace process in Moscow in November 2018.

The conference organised by Russia was attended by a high-level Taliban delegation, representatives of Afghanistan as well as from several other countries, including the US, Pakistan and China.

Major powers such as the US, Russia and Iran have been reaching out to the Taliban as part of efforts to push the stalled Afghan peace process.

India has been supporting a national peace and reconciliation process which is Afghan-led, Afghan-owned and Afghan controlled.

India has also been maintaining that care should be taken to ensure that any such process does not lead to any “ungoverned spaces” where terrorists and their proxies can relocate.