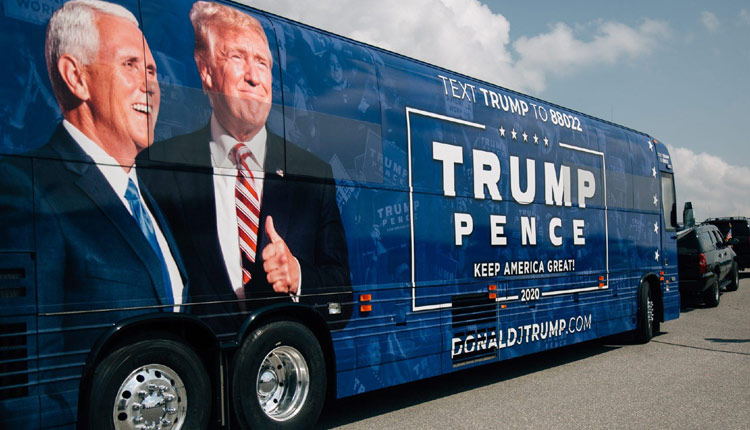 Washington: In a fresh setback to US President Donald Trump’s efforts to reverse the presidential election result in Pennsylvania, a federal appeals court has dismissed a lawsuit filed by his team, observing that “voters, not lawyers choose the president”.

On Friday, the three-judge panel of the Third US Circuit Court of Appeals in Philadelphia determined that the Trump campaign’s claims of widespread voter fraud in the state “have no merit”, Xinhua news agency reported.

“Free, fair elections are the lifeblood of our democracy,” Judge Stephanos Bibas, a Trump appointee, wrote in the 21-page opinion.

“Charges of unfairness are serious. But calling an election unfair does not make it so. Charges require specific allegations and then proof. We have neither here,” he added.

The three Republican-appointed judges determined that US District Judge Matthew Brann’s ruling last week to reject the campaign’s lawsuit seeking to prevent the Pennsylvania’s certification of its election results for Democratic President-elect Joe Biden was justified.

The campaign’s lawsuit alleged that some counties in the ‘Keystone State’ allowed mail-in voters to fix problems by casting provisional ballots.

Brann said in a scathing opinion that the lawsuit provided “strained legal arguments without merit and speculative accusations, unpled in the operative complaint and unsupported by evidence”.

The judge appointed by former President Barack Obama said he could not find any case in which a plaintiff “has sought such a drastic remedy in the contest of an election”.

In reaction to Friday’s development, Trump said on Twitter that the ruling was “all a continuation of the never ending Witch Hunt”, adding that Brann “would not even allow us to present our case or evidence” .

Brann didn’t allow the campaign to file an amended complaint, which led to the campaign’s appeal.

“The Campaign never alleges that any ballot was fraudulent or cast by an illegal voter,” wrote Bibas, the Third Circuit’s judge.

“The Second Amended Complaint still suffers from these core defects, so granting leave to amend would have been futile,” he added.

The Trump campaign is reportedly going to appeal the case to the US Supreme Court.

Pennsylvania certified its election results on Tuesday for Biden, formally awarding its 20 electoral votes to the former Vice President.

So far, Biden has won 80,218,808 popular votes to date, compared to Trump’s 73,947,962, according to The Cook Political Report, an influential analytical site focused on US presidential, congressional and gubernatorial elections.

US media have projected that Biden has won 306 electoral votes, surpassing the 270-vote threshold for clinching the presidency.

Biden has declared victory and announced the first tranche of his Cabinet nominees, including national security and foreign policy officials.

The General Services Administration has initiated Biden’s formal transition into the White House, but Trump, despite having directed his administration to facilitate the process, has vowed to continue the legal fight to challenge the election results.