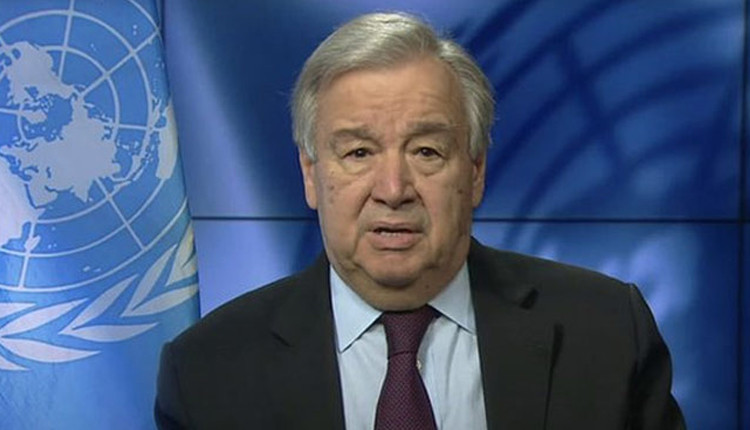 But gender equality is first and foremost a question of power, and power structures are dominated by men, he said.

Women lead only 7 per cent of countries. Three-quarters of the members of COVID-19 task forces and committees are men. Decisions about international peace and security are still overwhelmingly made by men, and women remain largely excluded from delegations to peace talks and negotiations.

Guterres asked a series of questions on women’s roles in their countries. Are women fairly represented in the rooms where the future of Afghanistan is being discussed between the Taliban and the government, or in Mali, as it embarks on a political transition? Is Sudan on track to meet the 40 per cent quota for women’s representation in parliament, set out in the new Constitutional Declaration? Will South Sudan meet the 35 per cent quota for women’s representation across the executive arm, included in the Revitalized Agreement on the Resolution to the Conflict? Are political actors and conflict parties in Yemen including women at the negotiating table?

“If the answer to these questions is no, then clearly, we face serious obstacles in the task before us,” he said.

Ensuring that women play their full part in peace processes requires stronger partnerships between the United Nations, regional organisations, member states and civil society, he said. “We must use the full range of tools at our disposal, and find innovative solutions that have a rapid and decisive impact on women’s representation.”

Temporary special measures including quotas can make a huge difference. It is time that the United Nations and member states consider how they can create conditions for women’s equal representation and participation in peace talks, he said.

Women’s full participation is also relevant for uniformed personnel in peacekeeping. The numbers of women deployed are still too low, although they have increased significantly in the past five years, he said.

One of the foundational tenets of the women, peace and security agenda is that weapons do not make the world safer. This has been proven once again by the COVID-19 pandemic, said Guterres.

In 2019, global military expenditure reached US $1.9 trillion, following the largest annual increase in a decade. Meanwhile, women in some countries are at greatest physical risk where they should be safest: in their own homes. Their chances of suffering violence may be equivalent to or higher than in a war zone. The COVID-19 pandemic has only increased this threat, he said.

The women, peace and security agenda challenges the relentless focus on interstate conflict at the expense of measures to protect women, he said.

In the past 20 years since the Security Council adopted Resolution 1325 on women, peace and security, academic research and practice have demonstrated the close links between gender equality, conflict prevention, and peace. The women, peace and security agenda calls for a broader consideration of ways to prevent conflict, prevent gender-based violence and to create peaceful, inclusive communities and societies, he said.

“As we recover from the pandemic, we face a choice: to continue down the path of increasing militarization, conflict and inter-generational losses; or to work toward greater inclusion, equality, and prevention of conflicts and crises of all kinds.”

For governments and international institutions everywhere, gender equality is one of the surest ways of building social cohesion and trust, and inspiring people to be responsible, participating citizens, he said. “We cannot wait another twenty years to implement the women, peace and security agenda. Let’s start that work together, today.”