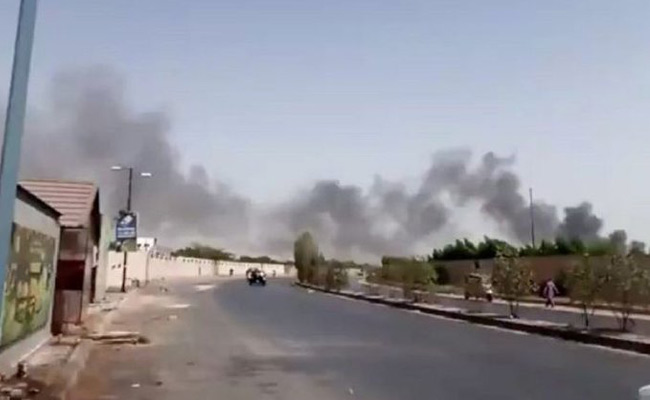 Initial reports suggest that there were around 99 passengers and 8 crew members onboard the aircraft. So far, there has been one death reported, as per national media.

Flight PK-8303 from Lahore crashed at the Jinnah Garden area near Model Colony in Malir, just a minute before its landing in Karachi. The aircraft involved is a 15-year-old Airbus A320 with registration AP-BLD.

The PK 303 from Lahore to Karachi has crashed just before landing the officials confirm. The Airbus A320 went down onto the residential quarters, houses also damaged. pic.twitter.com/I3gu3kIL9W

Scenes from the aircraft Airbus 320 crash on a residential area, flying from Lhr – Khi
🙏🏼🙏🏼🙏🏼🙏🏼💔 Ya Allah apna reham farma!!! pic.twitter.com/G4zakGeOmi

The A320 Airbus was flying from Lahore to Karachi.

PIA spokesperson Abdul Sattar confirmed the crash and said, “Saying anything right now would be premature. Our crew is trained to handle emergency landings. All my prayers are with the families. We will continue to provide information in a transparent manner.”

The video footage that surfaced on social media showed plumes of smoke rising from the site of the crash.

A senior official of the Civil Aviation Authority confirmed the flight crash and said the rescue operation was underway.

“It is too early to say anything. We are collecting details of passengers,” The Express Tribune quoted the official as saying.

Sindh’s Minister of Health and Population Welfare has declared ’emergency’ in all major hospitals of Karachi due to the plane crash.

This is a breaking story. Kindly refresh the page for more updates.