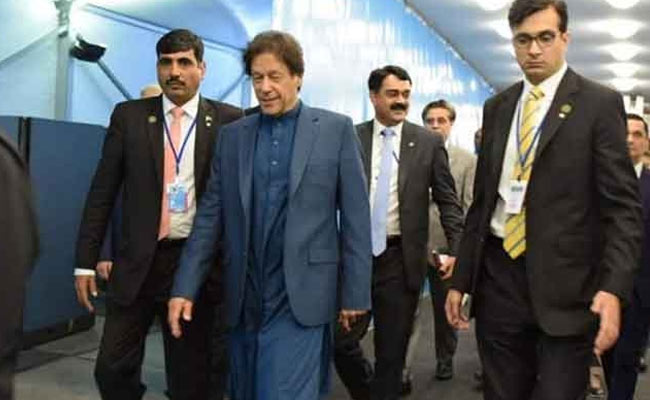 Islamabad: Pakistan has welcomed the signing of the historic agreement between the US and Taliban as a major step towards peace in Afghanistan after more than 18 years of war and hoped that the Afghan factions would avail this opportunity to reach a mutual accommodation.

Pakistan was represented at the signing ceremony in the Qatari capital of Doha on Saturday by Foreign Minister Shah Mehmood Qureshi, Dawn news reported.

The agreement, under which the US committed to withdraw up to 5,000 troops in about four and a half months and all remaining forces within 14 months, if the deal holds, is expected to lead to initiation of intra-Afghan dialogue by March 10.

“We welcome the Doha Accord signed between US and the Taliban. This is the start of a peace and reconciliation process to end decades of war and suffering of the Afghan people,” Prime Minister Imran Khan tweeted on Saturday night and said he stood vindicated that a political solution was the only route to peace.

Cautioning about the challenges ahead for the peace process, Khan said: “Now all stakeholders have to ensure that spoilers are kept at bay. My prayers for peace for the Afghan people who have suffered four decades of bloodshed.”

Khan added that Pakistan remained committed to playing its role in ensuring that the agreement held and succeeded in bringing peace to Afghanistan.

Meanwhile, Foreign Minister Qureshi after witnessing the signing ceremony said that Doha Accord was important, both in symbolism and substance, for Afghanistan, the region and beyond, reports Dawn news.

“It is a significant step forward by US and Taliban in advancing the ultimate aim of peace and reconciliation in Afghanistan.”

Reaffirming Pakistan’s resolve and continued commitment to the Afghan peace process, National Assembly Speaker Asad Qaiser said a dialogue was being convened on March 17 to look into the challen­ges arising out of the post US-Taliban accord situation with specific reference to Pakistan.

Under the agreement signed in Doha, the militants also agreed not to allow Al Qaeda or any other extremist group to operate in the areas they control.

The US invaded Afghanistan weeks after the September 2001 attacks by the Afghanistan-based al-Qaeda group.

More than 2,400 US troops have been killed during the conflict. About 12,000 are still stationed in the country.

Extend Olympic qualification period in view of cancellation of events due to coronavirus: Saina