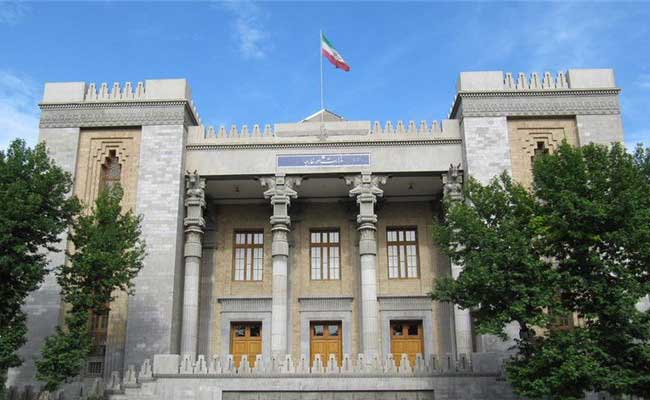 Tehran: Iran’s Foreign Ministry on Sunday said the so-called peace deal between the Taliban and the United States is an attempt by Washington to justify its illegal presence in Afghanistan.

“The Islamic Republic of Iran considers the US measures as an attempt to legitimize the presence of its forces in Afghanistan … The United States has no legal status to sign a peace deal or decide on the future of Afghanistan,” the ministry said in a statement, Xinhua news agency reported.

“We believe that the United Nations has appropriate capacities to facilitate the intra-Afghan negotiations and also to oversee and guarantee the implementation of the achieved agreements,” it said.

“The Islamic Republic of Iran believes that a sustainable peace agreement in Afghanistan will be achieved only through the talks among Afghan political groups, including the Taliban,” it added.

The neighbouring countries of Afghanistan should also be taken into consideration in the peace talks for Afghanistan, it said.

The United States and the Taliban signed on Saturday the long-awaited deal in the Qatari capital city of Doha, calling for a gradual withdrawal of the US troops if the Taliban negotiates with the Afghan government and cuts ties with terrorist groups.

According to the deal, the United States is going to reduce its troops to 8,600 in Afghanistan within 135 days, and will, together with its NATO allies, completely pull out the remaining troops in the following 14 months if the Taliban sticks to its commitments.