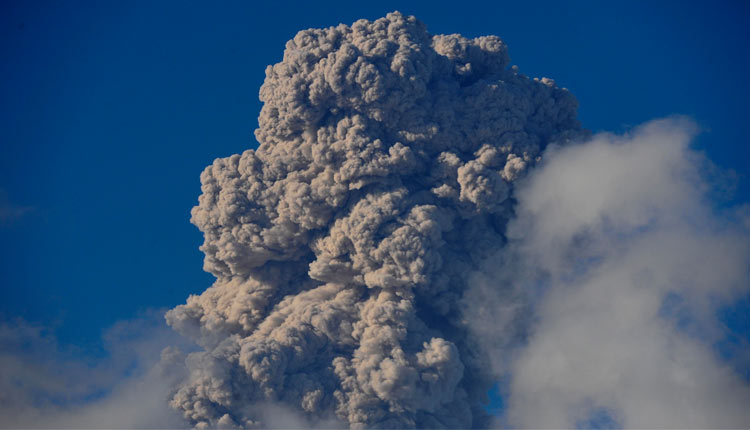 Jakarta: Indonesia’s Mount Merapi volcano erupted on Sunday, spewing a column of ash by up to 6 km high, and the highest level of flight alert was issued.

The wind was blowing to the west of the crater and the residents living near the volcano which is situated in Indonesia’s main Java Island are barred from entering the area within a radius of 3 km from the crater, Xinhua news agency quoted the National Volcanology Agency as saying.

A volcano observatory notice for aviation with red code was issued by the agency after the eruption as it endangers planes which are prohibited from passing through the air space around the volcano.

The 2.930-metre high Mount Merapi last erupted on April 2 with a column of ash spreading by up to 3 km to the sky.