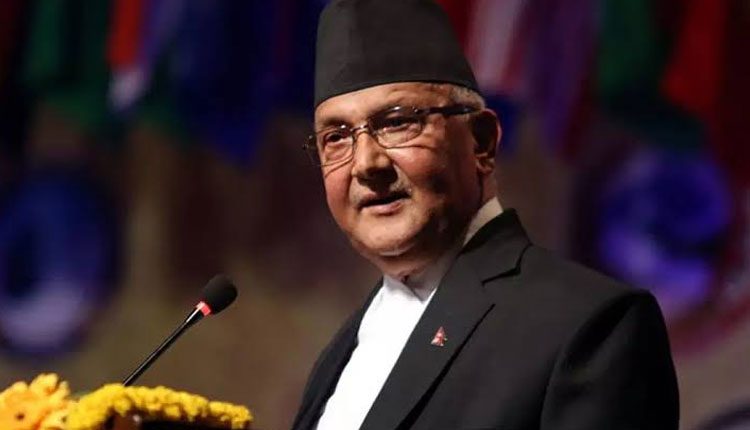 Kathmandu: India is not only a key development partner of Nepal, it is also the largest friend in multiple fields such as trade, transit and technology, and the understanding on a range of sectors will lead both the countries to a “win-win situation”, Prime Minister K P Oli said on Sunday.

In his message on the occasion of India’s 71st Republic Day, Oli congratulated and extended best wishes to his Indian counterpart Narendra Modi, the Indian government and the people of India across the globe for their good health, happiness and continued prosperity.

“India is not only a key development partner of Nepal; she is also the largest friend in terms of trade, transit, investment, infrastructure, technology, energy, education, healthcare and so on,” he said in his message published in major Nepalese newspapers on Sunday.

“We believe that the high-level visits from both sides in recent few years have further reinforced the age-old cordial relations between the two countries with the pursuit of bilateral cooperation even in the fields of agriculture, railway and waterway connectivity, infrastructure, energy, and others.

“We believe that the understanding on these sectors will lead both the countries to a win-win situation and also support us in translating the vision of ‘Prosperous Nepal, Happy Nepali’ into reality for the prosperity and wellbeing of our people,” Oli said.

Nepal-India Chamber of Commerce and Industry is celebrating the 71st Republic Day of India in the country.

The multifaceted relationship between the two countries at government to government, business to business and people to people level bonded by glorious common religion, culture and tradition has remained exemplary since time immemorial, the Nepalese Prime Minister said.

On the occasion, India’s charged affairs in Nepal Ajay Kumar expressed his deep gratitude to the people of Nepal “who cherish and support the strong bond of friendship between India and Nepal”.

In Nepal, the 71st Republic Day was celebrated by hoisting the flag at the embassy premises.

In New Delhi, celebrations began with Brazilian President Jair Messias Bolsonaro in attendance as the chief guest. Prime Minister Modi paid his tributes to martyrs by laying a wreath at the National War Memorial in the presence of Defence Minister Rajnath Singh, the three service chiefs and Chief of Defence Staff Bipin Rawat.