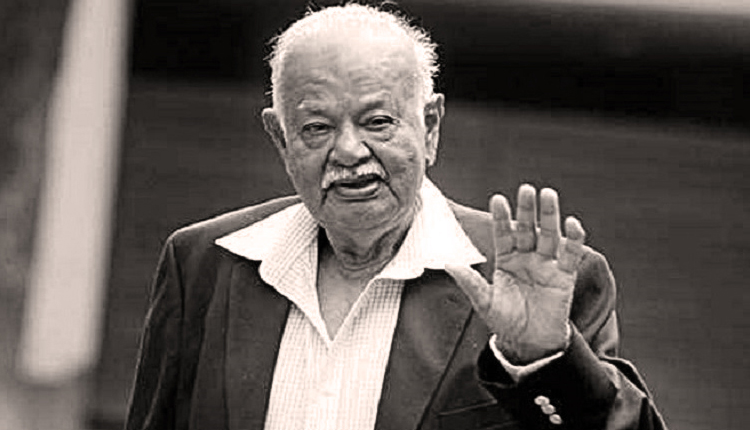 A Sector Commander of the 1971 Liberation War, he died at a hospital in the US state of Florida, Rana Dasgupta, General Secretary of the Bangladesh Hindu Bouddha Christian Oikya Parishad (BHBCUC), told IANS. Dutta, who was President of the Parishad, has left behind two daughters and a son.

Dasgupta said that one of Dutta’s legs broke due to a fall on August, after which he was rushed to a hospital in Florida and was kept on life support. His condition deteriorated on Monday.

“We are trying to bring back his body to Bangladesh,” Dasgupta told IANS. Dutta, was born on January 1, 1927 in Shillong, Meghalaya, where his father was posted as a police officer.

Back then Shillong was the capital of undivided Assam in British India. He went to the Daulatpur College in Khulna as his father was against him from going to Kolkata.

At the age of 24, Dutta joined the Pakistan Army in 1951 and soon he was commissioned as a Second Lieutenant. During the 1965 Indo-Pakistan War, he served as a company commander.

He later participated in the 1971 Liberation War as Sector 4 Commander. Following independence, Dutta joined the Bangladesh Army as Brigade Commander in Rangpur (1972) and was given responsibility of creating a new border force the following year.

He went on to become the first Director-General of Bangladesh Rifles (present-day Border Guards Bangladesh).

He was awarded ‘Bir Uttam’ by the Sheikh Mujib government on December 15, 1973. He also served as Chairman of Muktijuddha Kollan Trust (Freedom Fighters Welfare Association) in 1977 and BRTC in 1979.

After Dutta retired in 1984, he formed the Sector Commanders Forum with other prominent members of the Liberation War.

In June 1988 when Islam was declared as the State Religion of Bangladesh, Dutta actively contested against this decision and argued it violated the “four pillars of the nation” embodied in the 1972 Constitution, namely democracy, secularism, socialism and nationalism.

He reminded the government that the Liberation War was fought on the principles of Bengali nationalism, and not religion.

By declaring Islam as the state religion, he argued the minorities – who form less than 10 per cent of Bangladesh’s population – were being marginalised even further and made to feel like outsiders in their own country.

To “fight this injustice”, he founded the BHBCUC along with two leaders from other minority communities, Bodhhipal Mohathero (Buddhist) and T.D. Rosario (Christian), with an aims to protect the human rights of the religious and ethnic minorities.