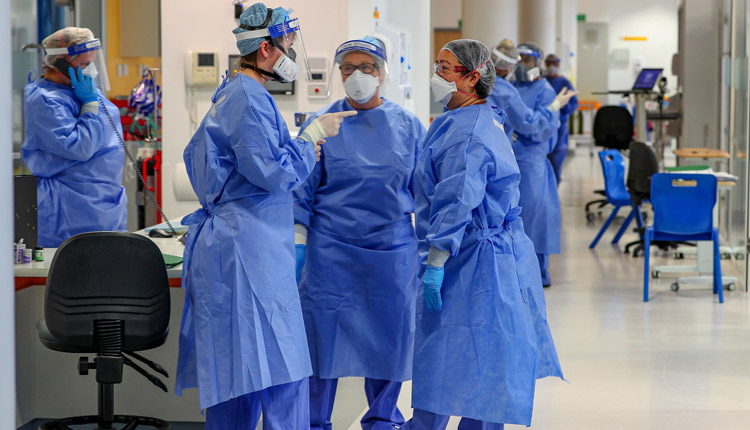 Washington: The total number of Covid-19 cases across the globe has crossed 53.2 million, while the deaths have surged to 1,301,020, according to the Johns Hopkins University.

As of Saturday morning, the total caseload stood at 53,281,350 while the death toll mounted to 1,301,021, respectively, as per the latest update revealed by the University’s Center for Systems Science and Engineering (CSSE).

Brazil currently accounts for the second highest number of fatalities at 164,737.

France reported 932 new coronavirus fatalities in a 24-hour period, marking the highest single-day increase in the number of deaths since April, while new cases and hospital admissions have dwindled, according to health authorities.

With Friday’s new figure, the country’s death toll now stands at 43,892, with nursing home accounting for nearly one third of the fatalities, Xinhua news agency quoted reported citing the authorities as saying.

In the same period, 23,794 people tested positive for the virus, down from 33,172 on Thursday and much lower compared with the all-time high of 60,486 reported a week ago.

The overall caseload now stands at 1,922,504, ranking now fourth in the world, with the US in the first place, followed by India and Brazil.

On Friday, 24 people with the virus were hospitalized, down from 737 a day before. Only four patients needed life support, also drastically down from 96 on Thursday.

Since October 30, France has been placed again in nationwide confinement.

Its 67 million inhabitants can go out only to work, buy essential items or for a health emergency. All non-essential businesses such as restaurants, cafes, bars, cinemas and gyms are closed.

Speaking at the weekly briefing on Thursday, Prime Minister Jean Castex said if the virus spreads further in the coming days, the government could impose more restrictions.

Victory Of Light Over Darkness: This Diwali Prez Kovind, PM Modi, Boris Johnson, Prince Charles Have Special Message For All