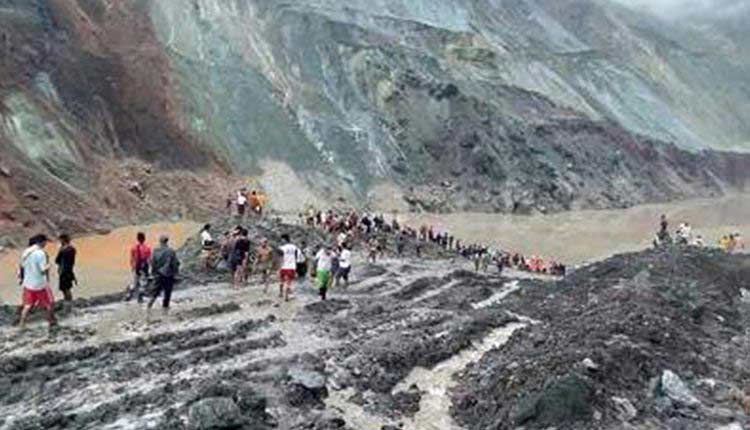 “Nine dead bodies have been recovered from the landslides while search operations are undergoing to find the missing persons,” Umesh Kumar Dhakal, chief district officer at the District Administration Office (DAO), Sindhupalchowk.

According to the DAO, the landslides due to heavy overnight rains took place at around 4 a.m.

“One landslide swept away two settlements on the upper and lower side in Barhabise Municipality while another landslide damaged the next settlement,” said Dhakal.

According to the DAO, the landslides submerged 19 houses completely while many others were partially damaged.

“A total 222 families are in urgent need for resettlement after the landslides,” said Dhakal.

Nepali authorities said that Sindhupalchowk district bordering China has remained vulnerable to landslides and floods since the 2015 deadly earthquake.

The largest casualties were reported in Sindhupalchowk in the earthquake which killed nearly 9,000 people in Nepal.

“Geological condition of Barhabise area has remained vulnerable to landslides for long after the earthquake,” said Dhakal, adding “vulnerability was aided by the incessant rainfalls”.