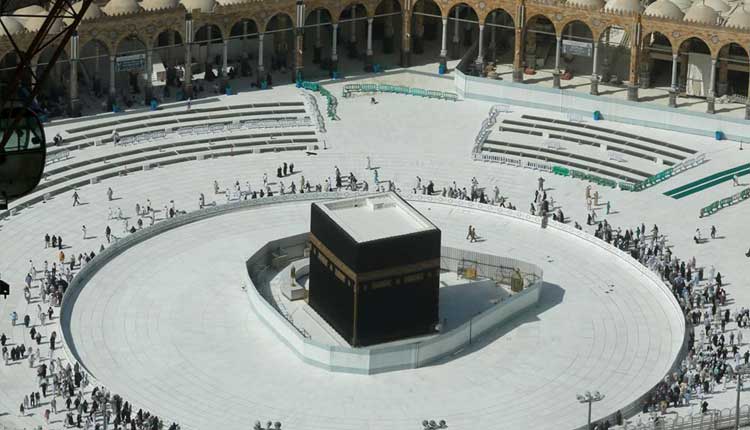 Riyadh: Saudi Arabia on Monday announced a series of measures to help prevent the spread of the novel coronavirus during the annual Haj pilgrimage scheduled to take place later this month.

The Kingdom will limit the number of domestic attendees to around 1,000 and touching the Kaaba, Islam’s most sacred monument will be banned, reports the BBC.

Social distancing will also be imposed.

In normal times the pilgrimage is one of the most significant moments in the Muslim religious calendar.

Some two million people were expected to travel to Mecca and Medina this July and August for the annual gathering.

But only Saudi residents will be allowed to attend this year.

Last month, Saudi Arabia had announced that due to the coronavirus pandemic, only a “very limited number” of people will be allowed to take part in this year’s Haj pilgrimage.

So while this year’s Haj will include non-Saudis, those individuals must already reside inside the borders of the Kingdom to be eligible.

This is not the first time Saudi Arabia has restricted participation in the pilgrimage.

Between 2014 and 2016, Muslim faithful from the Democratic Republic of the Congo and several other African countries were excluded from the Haj due to Ebola.

The Haj represents an important source of income, typically generating between $5.3 billion and $6.9 billion for the local economy, according to Mecca’s chamber of commerce.

In 2019, nearly 2.5 million Muslims performed the Haj, including more than 600,000 Saudis, according to official figures.

The annual pilgrimage is one of the five pillars of Islam, which every Muslim must perform at least once in his or her physical and economic state allows.