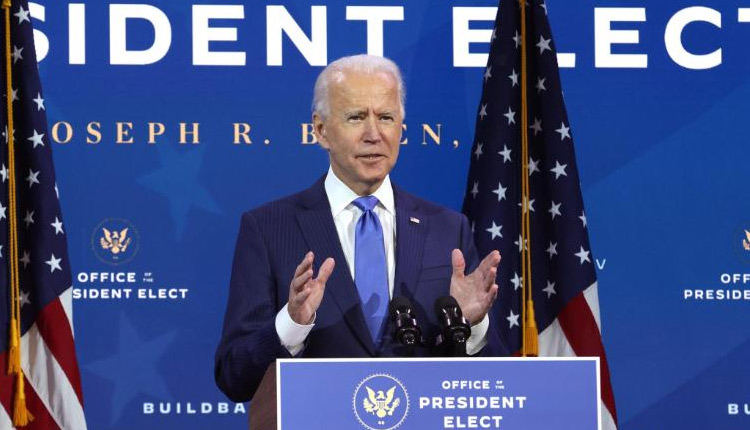 Washington: US President-elect Joe Biden on Friday said that the residents on United Stated will not be forced to take Covid-19 vaccination and he is willing to get vaccinated publicly to assuage any concerns about its efficacy and safety.

I don’t think they should be mandatory. I wouldn’t demand it to be mandatory, but I would do everything in my power just like I don’t think masks have to be made mandatory nationwide, Biden told reporters at a news conference in Wilmington, Delaware.

Biden was responding to a question if COVID-19 vaccine be made mandatory.

I will do everything in my power as the president of the United States to encourage people to do the right thing, and when they do it, demonstrate that it matters. That’s why I said in my inaugural speech I’m going to ask people to commit for 100 days to wear a mask, not because I’m asking it for any reason to punish-this is not a political issue, he said.

It has become one. But if people do it for 100 days in the middle of what will be still a raging crisis and the vaccine is able to be distributed, they are going to see deaths drop off the edge, he said.

They are going to see hundreds of thousands of people not getting sick; and my hope is they will be then inclined to say okay, it’s worth the patriotic duty to go ahead and protect other people, Biden said.

On Friday the US recorded 2,861 new deaths. It has seen more than 14 million confirmed cases in total and more than 275,000 deaths.

Biden said he is willing to get inoculated in public to assuage any concerns about its efficacy and safety.

I think that my taking the vaccine and people seeing me take that vaccine is going to give some confidence, Biden said, responding to a question adding that what bothers him the most is the wild assertions the Trump administration is making about how this is going to go away.

You’re going to see tens of millions of Americans taking the vaccine and you’re going to see the president of the United States and three of the four living former presidents doing it publicly as well. It’s going to take some effort to rebuild confidence in science because it’s been so diminished in this administration thus far, Biden said.