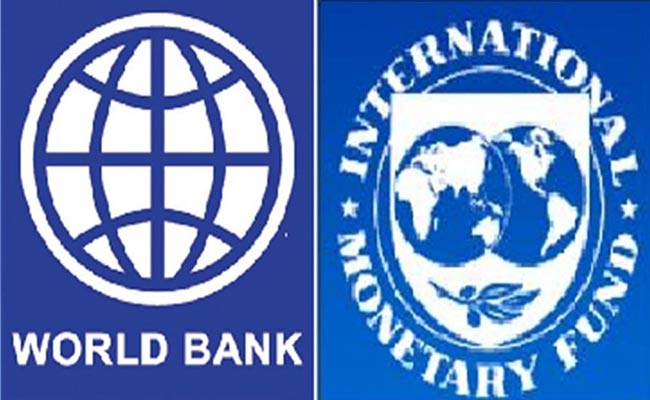 Washington: Amid the COVID-19 pandemic, the World Bank Group and the International Monetary Fund (IMF) have welcomed the Group of 20 (G20)’s decision to provide temporary debt relief for the world’s poorest countries.

“We strongly welcome the decision of the G20 to respond to our call to allow the poorest countries of the world that request forbearance to suspend repayment of official bilateral credit on May 1,” World Bank Group President David Malpass and IMF Managing Director Kristalina Georgieva said in a joint statement on Wednesday, Xinhua reported.

“This is a powerful, fast-acting initiative that will do much to safeguard the lives and livelihoods of millions of the most vulnerable people,” the statement said, adding the World Bank Group and the IMF will move quickly to respond to the G20’s request to support this action.

“We championed this debt initiative, and we’re committed to taking all possible steps to support the poor,” said the heads of the two Washington-based international lenders.

The joint statement came after G20 finance ministers and central bankers on Wednesday agreed to “support a time-bound suspension of debt service payments for the poorest countries that request forbearance” following a teleconference meeting.

Also Read: US President Donald Trump Halts Funding To WHO

Saudi Finance Minister Mohammed al-Jadaan told reporters after the meeting that debt suspension for the poorest countries will be significant and provide around $20 billion in immediate liquidity.

“I’m so glad that during the G20 discussion this morning there was unanimous support for the Fund to do more, especially for those who need us more,” Georgieva said Wednesday later at a press conference for the virtual 2020 Spring Meetings.

“Just seeing how the G20 united around debt standstill for the poorest members gives me that confidence that whatever is necessary we will collectively do in the face of this tremendous crisis,” she said.

Read More: No evidence suggests BCG vaccine can protect against COVID-19: WHO

The global economy is on track to contract sharply by 3 per cent in 2020 as a result of the COVID-19 pandemic, the worst recession since the Great Depression in the 1930s, according to the World Economic Outlook report released Tuesday by the IMF.

Coronavirus has passed the peak in US, says President Donald Trump