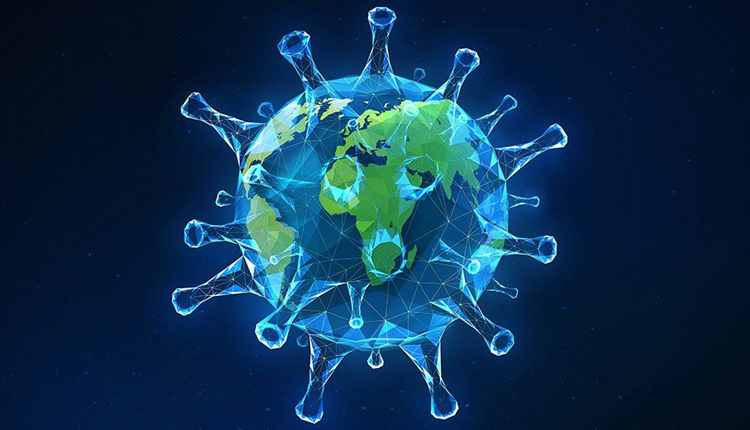 Washington: The total number of global COVID-19 cases has surpassed 65.7 million, while the deaths have surged to more than 1.51 million, as per the data of Johns Hopkins University.

The University’s Center for Systems Science and Engineering (CSSE)  in its latest update on Saturday revealed that the current global caseload and death toll stood at 65,771,488 and 1,516,035, respectively.

Brazil currently accounts for the second highest number of fatalities at 175,964.

Amid a raging second wave of the coronavirus pandemic, Canada reported 3,763 new cases in the past 24 hours, taking the overall infection tally to 400,031, according health authorities.

The Public Health Agency of Canada said on Friday that the country’s death toll has also increased to 12,470, reports Xinhua news agency.

The spread of the pandemic across Canada has been accelerating.

The national average case count is now close to 6,200 cases reported daily over the last seven days, and 87 deaths each day, according to Public Health Agency of Canada.

The government has reiterated its call to remain vigilant in stopping the spread of the virus, despite promising vaccine news.

Canada expects the first doses of the Covid-19 vaccine to be administered in January, which will go to the country’s most vulnerable populations.

“The latest longer range modelling forecasts that if we stay on the same trajectory we could reach 10,000 cases daily by January,” Chief Public Health Officer Theresa Tam said in a statement on Friday.

“The progression of the COVID-19 pandemic has been filled with difficult news as rapid epidemic growth continues and high infection rates are affecting more and more health regions,” she said, adding “the impacts of ongoing community spread are increasingly being felt in high-risk populations and settings, including long term care homes and hospitals”.

It was the first time that the rate surpassed 5 per cent in months. The rate topped 4 per cent on November 28 for the first time since May and has remained above the level so far, Xinhua news agency reported on Friday.

The COVID-19 test positivity rate in the focus areas under the state’s micro-cluster strategy, where the outbreaks are targeted for their severity and potential of spread, was 7.35 per cent on Thursday, up from 5.91 per cent on Wednesday, said Cuomo.

The statewide positivity rate excluding these focus areas was 4.79 per cent on Thursday, up from 4.49 per cent one day earlier, said the governor.

The total hospitalizations were 4,222 on Thursday, up from 4,063 on Wednesday, added Cuomo, who had warned that the state’s COVID-19 hospitalizations could reach 6,000 in weeks based on the current trends.

“Congress MUST deliver a COVID relief bill to support states before recessing. It’s time for Washington to step up and deliver desperately needed relief,” said the governor in another tweet.

As of Friday afternoon, the Center for Systems Science and Engineering at Johns Hopkins University reported 34,793 coronavirus deaths in New York State, the worst in the country.

The Democrats-controlled House of Representatives passed a US $2.2 trillion relief bill in early October, but Senate Republicans have recently been pushing for a US $500 billion package. On Tuesday, McConnell quickly rejected the US $908 billion bipartisan plan after its release.