COVID-19: Australia Hits Out At China, Russia For Spreading ‘Disinformation’ 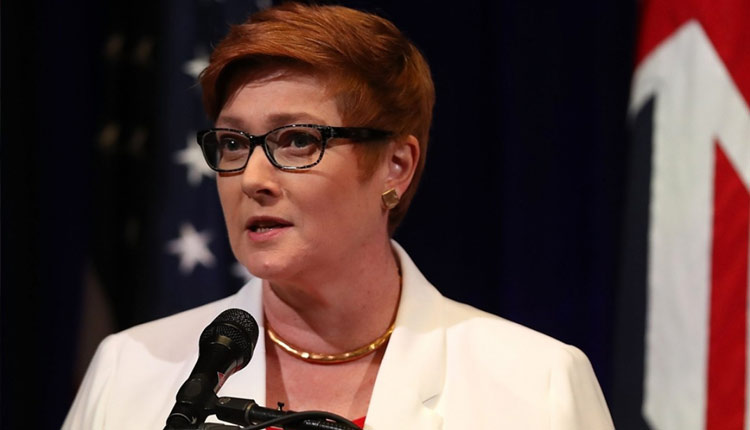 Melbourne: Australia on Tuesday lashed out at China and Russia for spreading “disinformation” during the coronavirus pandemic and asserted that it would continue to push for reform of global bodies such as the WHO.

Delivering a speech at the Australian National University in Canberra, Foreign Minister Marise Payne underlined that the European Commission last week issued a report which revealed that foreign actors and countries, led by Russia and China, had carried out “targeted disinformation campaigns” aimed at undermining democratic debate and stoking confusion about the pandemic.

“It was troubling that some countries are using the pandemic to undermine liberal democracy and promote their own, more authoritarian models,” Payne said.

The disinformation contributes to a climate of fear and division when what we need is cooperation and understanding, she said.

The minister underlined that multilateral organisations such as the World Health Organisation must serve as “unimpeachable repositories of information that governments can rely upon to take decisions to protect their citizens”. “And they must serve as bulwarks against disinformation. Let’s be clear: disinformation during a pandemic will cost lives.”

Payne said there have been disinformation pushed and promoted around the coronavirus pandemic and around some of the social pressures that have been exacerbated by the pandemic.

Noting that there had been “intense scrutiny” of the performance of the World Health Organisation during the global pandemic, she said Australia would continue to support reform efforts in the United Nations and its agencies to improve transparency, accountability and effectiveness.

“In the wake of this devastating health crisis, Australia wants to see a stronger WHO that is more independent and transparent…Frankly, there is no other institution that can marshal collective efforts to improve health security across the globe,” the minister said.

Australia has been calling for an independent investigation into the origin of the coronavirus outbreak, which began in the Chinese city of Wuhan before spreading around the world, killing over 437,280 people, infecting more than 8,052,090 and shattering the global economy.

“We have seen how global public health action – or inaction – can affect Australians at home and abroad. So there is a strong incentive for Australia to show leadership on making the WHO as effective as possible,” she said.

As many as 62 countries, including India, last month backed the joint Australian and EU motion for an independent enquiry into the coronavirus outbreak, ahead of a World Health Assembly meeting in Geneva.

The relationship between Australia and China is at a low point following Beijing’s threat to boycott the Oceanian country’s exports and tourism for having proposed the independent probe into the origin of COVID-19.

Payne said Australia had been “very clear in rejecting as disinformation the Chinese government’s warnings that tourists and students should reconsider coming here because of the risk of racism”.

Australia will welcome students and visitors from across the globe, regardless of race, gender or nationality, she said.

China has rejected allegations that it tried to under report the pandemic. The WHO also urged countries not to “politicise” the COVID-19 pandemic and appealed to nations to join hands against the dreadful virus rather than indulging in a blame game.