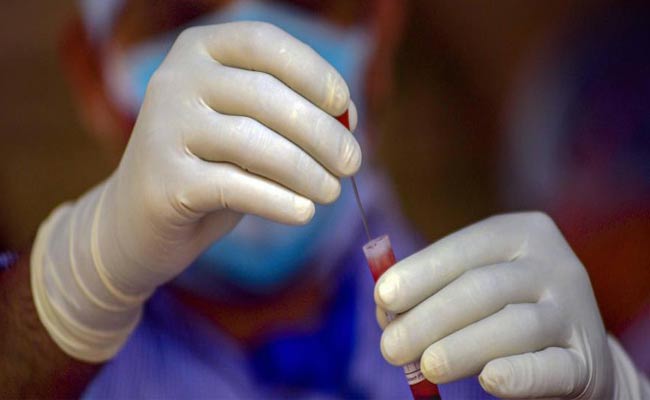 London: The UK government on Tuesday announced that the human trial of a potential COVID-19 candidate vaccine being developed by researchers at the University of Oxford will begin from Thursday.

Scientists at the University of Oxford last week promised a super-fast vaccine during a virtual press conference, saying the vaccine will be available by September. According to lead researcher Professor Sarah Gilbert, their ‘ChAdOx1′ vaccine can work against the coronavirus called SARS-CoV-2.

UK Health Secretary Matt Hancock, during the daily press conference at 10 Downing Street, said the government will provide 20 million pounds to the Oxford research team to help fund their clinical trials, with a further 22.5 million pounds for researchers at Imperial College London, reports The Independent.

“The team have accelerated that trials process, working with the regulator the MHRA (Medicines and Healthcare Regulatory Agency), who have been brilliant. As a result, I can announce that the vaccine from the Oxford project will be trialled in people from this Thursday,” said Hancock.

In the normal course of time, a vaccine takes anytime between 12-18 months.

What probably separates ChAdOx1 – known as recombinant viral vector vaccine – from the rest is the time it promises to take in order to deliver mass quantities.

Professor Andrew Pollard, a member of the Oxford team, told Sky News: “If you had a sailing wind and absolutely nothing goes wrong in all of that complex technical process and you have all the facilities available, you could have millions of doses by the autumn of this year”.

In late March, Professor Gilbert received 2.2 million pounds as funding from the UK government for vaccine development and trials.

Researchers enrolled over 500 healthy volunteers to test if their vaccine can prevent the novel coronavirus.

The vaccine is an adenovirus vaccine vector and was developed at Oxford’s Jenner Institute. Adenoviral vectors are a very well-studied vaccine type, having been used safely in thousands of participants, from 1 week to 90 years of age, in vaccines targeting over 10 different diseases.

According to Hancock, in the long run, “the best way to defeat coronavirus is through a vaccine”.

“This is a new disease, this is an uncertain science, but I’m certain that we will throw everything we’ve got at developing a vaccine,” he added.

The Indian Council of Medical Research (ICMR) also pitched for the Oxford vaccine on Sunday, saying ‘ChAdOX1′ is the frontrunner in the race to take on the deadly COVID-19 virus.

Also Read: Citizens to get call from 1921 for phone survey on Covid-19

Education bookshops, fan shops to be exempted from COVID-19 lockdown