Coronavirus Toll In China Rises To 106; Confirmed Cases Climb To Over 4,500 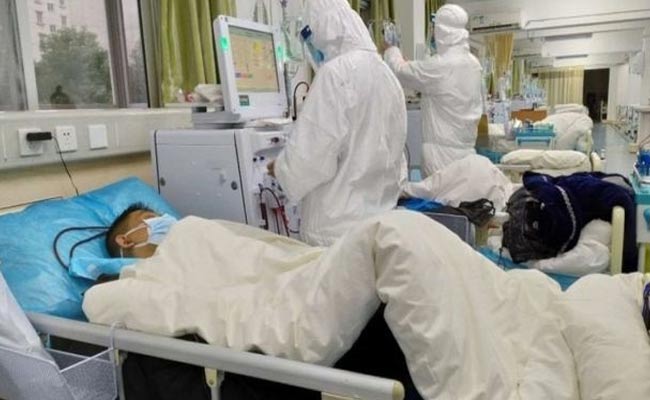 Beijing: China has reported 24 more deaths from coronavirus epidemic, taking the number of fatalities to 106 as the confirmed cases of pneumonia caused by the outbreak stand at 4,515, the health authorities announced on Tuesday.

Barring Tibet, all Chinese provinces have reported the virus cases, posing a major challenge for the health authorities to contain it.

The death toll from a coronavirus outbreak in China has soared to 106 while nearly 1,300 new cases have been confirmed, authorities said Tuesday.

The provincial authorities in the virus epicentre of Hubei province, of which Wuhan city is the capital, said 24 more people had died from the virus with 1,291 more infections.

By the end of Monday, a total of 4,515 cumulative confirmed cases of new pneumonia had been reported in Hubei, while 2,567 patients are hospitalised, with 563 in severe conditions and 127 in critical conditions, the Hubei Provincial Health Commission said on Tuesday.

As of now, 4,200 confirmed cases of the virus have been reported from China.

China’s top cities of Beijing and Shanghai reported their first deaths on late Monday first from the novel coronavirus.

The health commissions in both Beijing and Shanghai reported.

A 50-year-old male died of respiratory failure in Beijing on Monday. He was diagnosed on January 22 and was in Wuhan City from January 8 to 15.

Shanghai authorities have yet to release details of the deceased patient, state-run CGTN reported.

As of Monday night, Beijing had eight more confirmed cases of the disease, bringing the total number to 80.

Two patients have been discharged from hospitals after treatment, while 63 patients were in stable condition. Shanghai had 66 confirmed cases as of Monday night, aged between seven and 88 years old.

A sense of disquiet prevailed in Beijing as officials announced the capital’s first death from the deadly virus, a grim reminder that the epidemic has begun to take toll outside Hubei province.

On Monday, Chinese Premier Li Keqiang visited Wuhan, the first such trip by a top leader to the epicentre of the coronavirus outbreak, to boost the morale of millions of beleaguered people and medical staff.

The World Health Organisation on Monday admitted an error in its assessment of the global risk of a deadly virus in China, saying it was “high” and not “moderate”, reports said.

The Geneva-based WHO in its latest situation report said the risk was “very high in China, high at the regional level and high at the global level.”

The organisation attached to the UN admitted that it had stated “incorrectly” in its previous reports that the global risk was “moderate”.

WHO chief Tedros Adhanom Ghebreyesus is currently visiting Beijing to discuss how to contain the outbreak. He was quoted as saying on Thursday that “this is an emergency in China, but it has not yet become a global health emergency”.

Meanwhile, the train and bus services between Beijing and neighbouring Tianjin have been suspended.

China has also extended the New Year Festival holidays till February 2 to prevent reverse migration of millions of migrants works to return to their work from holidays.

Universities, primary and middle schools and kindergartens across the country will postpone the opening of the spring semester until further notice.

The government is focussing efforts to prevent mass gatherings and mass travel to ensure the virus is not spread fast.

Beijing has also launched temperature detection at 55 subway stations, including stops at railway stations and Beijing airport. Passengers with abnormal body temperatures will be sent to the hospital.

Fuel Prices Dip Further Due To Softening Of Brent Crude