Beijing: The deadly coronavirus continues to wreak havoc in China with 25 new fatalities reported from central Hubei province taking the death toll to 132 and the confirmed infection cases to nearly 6,000, as health experts warned that the epidemic may reach its climax in the next 10 days resulting in large-scale casualties. The Chinese […]

Beijing: The deadly coronavirus continues to wreak havoc in China with 25 new fatalities reported from central Hubei province taking the death toll to 132 and the confirmed infection cases to nearly 6,000, as health experts warned that the epidemic may reach its climax in the next 10 days resulting in large-scale casualties.

The Chinese health authorities announced on Wednesday that 5,974 confirmed cases of pneumonia caused by the novel coronavirus had been reported in 31 provincial-level regions by the end of Tuesday.

A total of 132 people have died from the disease, state-run Xinhua news agency reported.

In Hubei province, of which Wuhan is the provincial capital, 3,554 confirmed cases have been reported with 125 deaths as of Tuesday, it said.

Among the confirmed cases, 1,239 patients are in critical condition, official TV CGTN reported, adding that there are 9,239 suspected cases in the Chinese mainland.

The Hubei province has reported 840 newly confirmed cases, indicating that the virus continues to spread at a faster rate.

The death rate from the new coronavirus is not yet known, as more fatalities will likely be reported. Most patients who have died are above 60 and had pre-existing conditions, according to reports from local authorities.

The coronavirus can be passed between humans through close contact, Chinese medical experts say.

The novel coronavirus (2019-nCoV) outbreak may reach its peak in one week or around 10 days, Chinese respiratory expert Zhong Nanshan said.

"It is very difficult to definitely estimate when the outbreak reaches its peak. But I think in one week or about 10 days, it will reach the climax and then there will be large-scale increases," Zhong told state-run Xinhua news agency.

Zhong is the head of a national team of experts set up for the control and prevention of the novel coronavirus-caused pneumonia and an academician of the Chinese Academy of Engineering.

"There are two keys to tackling the epidemic: early detection and early isolation. They are the most primitive and most effective methods," he said.

Zhong said fever and weakness were the typical symptoms of the novel coronavirus infection found in the majority of patients.

Ten to 14 days is a sound period for isolation and observation. When the incubation period ends, those who fall sick will get timely treatment and those who do not will be just fine, he said.

He suggested that hospitals be staffed with not only infectious disease specialists but also specialists in treating severe cases to better save patients.

Epidemiologically, the novel coronavirus is homologous to the virus discovered in a type of bat in 2017, said Zhong, adding that the 2019-nCoV probably has an intermediate host that may be a certain kind of wild animal.

The country has taken a series of powerful measures, especially early detection and early isolation.

"We have sufficient confidence in preventing a major outbreak or a recurrence as long as the two measures are in place, although we still need to conduct much scientific research," he said.

Noting that the key for Wuhan is how to reduce infections inside hospitals, Zhong said he supported the construction of makeshift hospitals in the city to control the infectious disease.

The activation of top-level public health emergency response was aimed at reducing the chance of infection, he said, adding that the vaccine development may need three to four months or even longer.

"Now scientists are speeding up research of neutralizing antibodies of the virus, but it takes time. With help from across the country, Wuhan, a heroic city, will pull through," Zhong said.

Chinese President Xi Jinping on Tuesday called the coronavirus a "demon" which should be brought under control.

China has ramped up efforts to contain the virus. The country has extended the New Year Festival holidays till February 2 to prevent reverse migration of millions of migrants works to return to their work from holidays.

Universities, primary and middle schools and kindergartens across the country will postpone the opening of the spring semester until further notice.

The government is focussing efforts to prevent mass gatherings and mass travel to ensure the virus is not spread fast.

Beijing has also launched temperature detection at 55 subway stations, including stops at railway stations and Beijing airport. Passengers with abnormal body temperatures will be sent to the hospital. 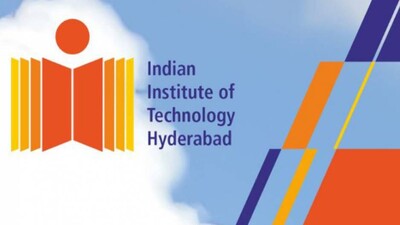