Canada Will Always Be There To Defend The Right Of Peaceful Protest: Justin Trudeau On Farmers Protest 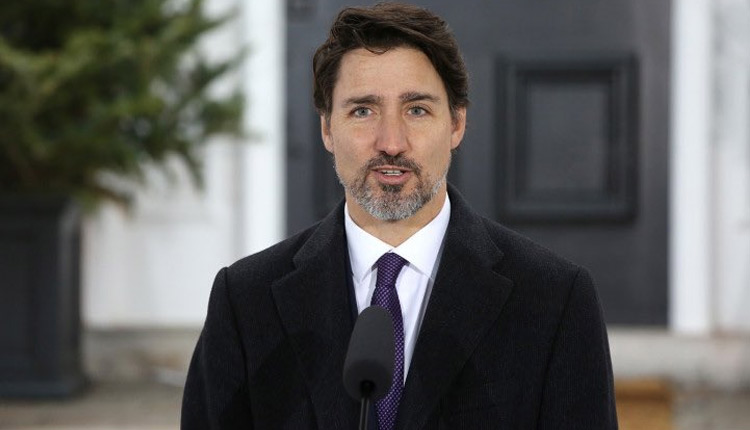 Toronto: Canadian Prime Minister Justin Trudeau has said that his country will always be there to defend the right of peaceful protest, as he reached out to the Indian community and expressed concern over the ongoing farmers protest in India against the new farm laws, the first world leader to voice his views on the issue.

Addressing the Indian community in Canada during an online event on Monday to mark the 551st birth anniversary of Guru Nanak Dev, Trudeau said he would be remiss if he didn’t recognise the “news coming out of india about the protest by farmers.”

Thousands of farmers stayed put at various Delhi border points for the sixth consecutive day on Tuesday protesting against the new farm laws, which they fear will dismantle the minimum support price system and corporatise farming.

The farmer unions on Tuesday decided to attend a meeting with the government after they were invited by Agriculture Minister Narendra Singh Tomar for talks, two days ahead of a scheduled meeting.

“The situation is concerning and we are all very worried about family and friends and I know that is a reality for many of you,” Trudeau said in the video posted on his Twitter account.

“Let me remind you, Canada will always be there to defend the right of peaceful protest. We believe in importance of dialogue and that is why we have reached out through multiple means directly to Indian authorities to highlight our concerns,” he said.

He said that this was a moment for all to pull together because of COVID and because of everything else as well.

“We are going to be there to continue to work together as we are there to help each other,” he said.

Extending his greetings on Guru Nanak Dev’s birth anniversary, he said that it is really an “important time to come together even more so this year than normal because COVID is keeping us all separate.”

“Being able to come together and celebrate like this is really wonderful,” he said.

Canada is home to a large number of Indian migrants, mostly from Punjab.