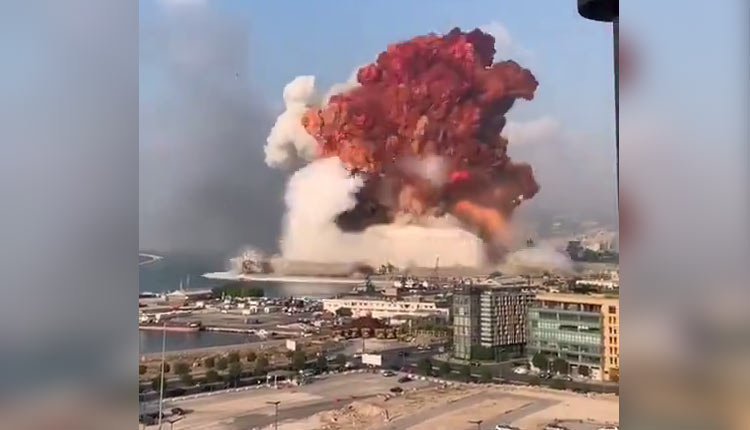 Beirut: Ahead of the UN tribunal’s verdict in the 2005 assassination of Lebanon’s former Prime Minister Rafik Hariri, a bomb blast shook Beirut on Tuesday, reports said.

According to the BBC, the explosion was in the city’s port area, with videos and local media showing a billowing mushroom cloud, people trapped under debris, and extensive damage, but there was no word of what caused the blast and who was responsible.

A witness described the blast as “defeaning”.

There were reports of another explosion at the Hariri residence in the city but no official confirmation.

The UN tribunal is due to issue its verdict on Friday in the trial in absentia of the four suspects, all from the Hezbollah militia. Hariri was assassinated in a massive car bomb blast in downtown Beirut in February 2005.

The popular Sunni businessman-turned-politician’s death soon led to a wave of protests – the “Cedar Revolution” – that ultimately forced Syria to wind up its long-standing military presence in Lebanon.

Another video of the explosion at Beirut Port #إنفجار_بيروت pic.twitter.com/mg2BQ0uj3u