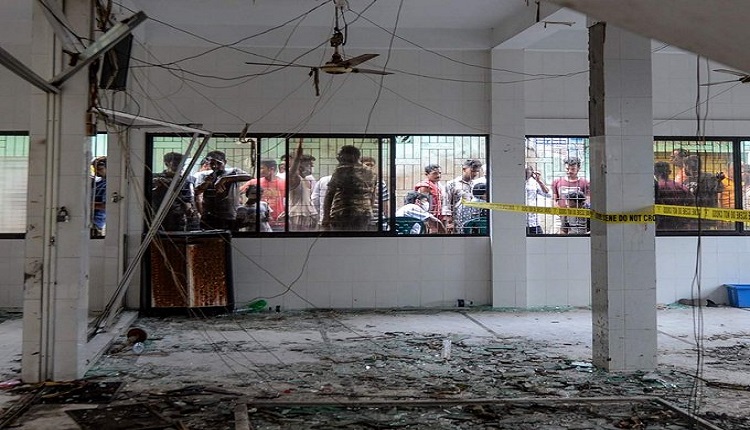 Dhaka: The death toll from a near-simultaneous explosion of six air conditioners in a mosque on the outskirts of Bangladesh’s capital Dhaka rose to 27, with one more victim succumbing to his injuries, according to a media report.

A 30-year-old man died on Monday while undergoing treatment at the Sheikh Hasina National Institute of Burn and Plastic Surgery in Dhaka, the bdnews24.com reported.

Another 10 people were battling for their lives at the hospital, it said on Monday.

A gas leak in an underground pipeline caused the six air conditioners to explode almost simultaneously during Friday evening prayers on September 4 at the Baitul Salat mosque in the central district of Narayanganj.

While 21 victims, including a seven-year-old boy, died on Saturday during their treatment, five more died on Sunday.

Fire officials suspect accumulated gas from a leaked pipeline triggered a spark and all six air conditioners on the ground floor of the mosque exploded.

“A gas pipeline passes beneath the mosque. We are suspecting that gas leaked from the pipeline and accumulated inside as the windows were closed. The explosion was probably triggered due to sparks when someone tried to switch on or off the ACs or fans,” Narayanganj Fire Service’s Deputy Assistant Director Abdullah Al Arefin had said.

Prime Minister Sheikh Hasina issued orders to review the fire safety system of mosques across the country in the wake of the incident.

According to reports, the mosque committee had recently filed a complaint over leakage of the gas pipeline of the Titas Gas Transmission and Distribution Company Limited.

The members of the committee said the Titas Gas authorities asked for a Tk50,000 bribe. As the bribe was not paid, the authorities neglected the matter which resulted into this catastrophe, the Dhaka Tribune had reported.

Meanwhile, police have filed a case of negligence against the mosque management committee and the utility authorities.

Witnesses said they found five to six people coming out of the mosque as soon as the blast occurred. Worshippers, most of them severely burnt, were found lying on the floor, they said.