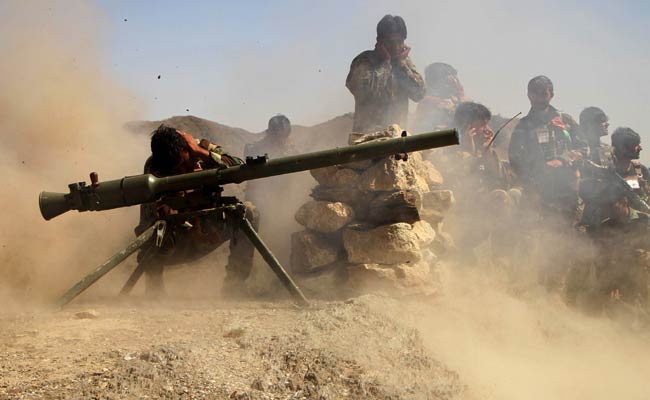 Kabul: At least eight civilians, including a child, have been killed in an airstrike that targeted Taliban militants in Afghanistan, government officials said on Saturday, amid a breakthrough in peace talks between the US and the insurgent group.

The air raid was carried out on Friday in the eastern province of Nangarhar.

“Unfortunately, eight civilians, including a child, were martyred during (the) operation against the Taliban,” the provincial governor’s spokesperson Attaullah Khogyanai told Efe news.

Provincial council member Ajmal Omar said the slain civilians were returning from a picnic when they were hit.

A Nangarhar security official that nine Taliban fighters were also killed in the military operation.

The Taliban, however, claimed on its social media channels that 11 civilians were killed in the airstrike by government forces.

The confirmation about the civilian deaths came hours after a senior State Department official in Washington said the US and the Taliban have agreed to reduce violence for seven days as a prelude to a possible peace pact that would see American troops leave Afghanistan after over 18 years.

The official, who spoke to reporters, did not say when the trial period was scheduled to begin.

The agreement, the official said, is “very specific” in stating that roadside bombs, suicide bombings, and rocket attacks would be considered violations.

The scaling-back of hostilities will also apply to Afghan government forces.

A successful de-escalation would open the door to making rapid progress in ongoing peace talks between Washington and the Taliban, according to the official.

Arrangements include the establishment of hotlines linking US commanders to their Afghan government and Taliban counterparts to address problems or deal with actions by “spoilers” who want to keep the conflict going, the State Department official said.

The US and Taliban negotiators during a year-long nine rounds of talks were supposed to have completed a peace draft agreement in September 2019.

The draft agreement ensured that over 5,000 US troops will withdraw from five American bases in the first 135 days after the signing of the deal.

Since the end of the NATO combat mission in January 2015, the US maintains one contingent within the framework of the new allied mission of advising Afghan troops and another for “anti-terrorist” operations.

Kashmir marked ‘disputed’ on Google Maps for people outside India