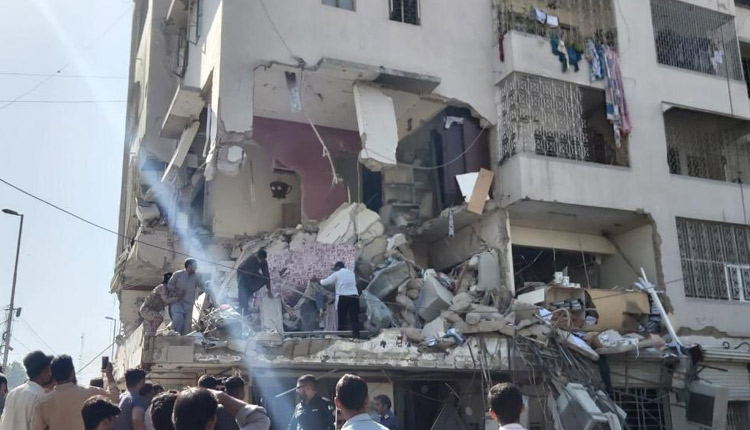 Karachi: At least five people were killed and 20 others injured in an explosion in a multi-storey building in Karachi’s Gulshan-i-Iqbal area on Wednesday, according to officials.

While the cause of the explosion suspected to have taken place on the second floor is yet to be ascertained, a senior police official said that it “seems to be a cylinder blast”, Dawn news reported.

TV footage shows the infrastructure of the building located near Maskan Chowrangi has been badly damaged.

According to witnesses, windows of nearby buildings as well as some vehicles were also damaged as a result of the blast.

Sindh Chief Minister Murad Ali Shah has directed the Karachi commissioner to submit a detailed report over the incident.

Wednesday’s incident came a day after five people were injured after a bomb exploded at the entrance of a bus terminal near the city’s Sheerin Jinnah Colony, said the Dawn news report.

Police investigators said it was an improvised explosive device (IED) that was planted at the gate of the terminal.