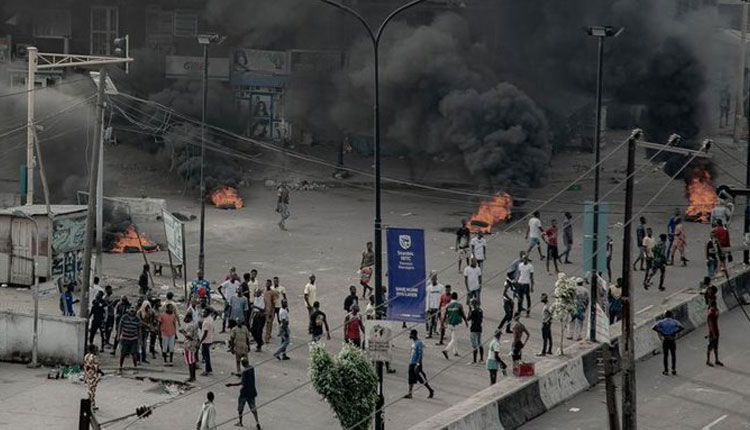 Abuja: Nigerias security forces fired upon two large gatherings of peaceful demonstrators, killing 12 people protesting against police brutality in Lagos, according to a report by Amnesty International on Wednesday.

Soldiers fired at the protesters who had gathered in the Lekki district of Nigeria’s largest city on Tuesday night in defiance of an indefinite curfew imposed hours earlier by the authorities, according to several witnesses.

Hundreds of people were at the site at the time of the shooting, which witnesses said took place around 7 p.m. (local time), according to media reports.

The #EndSARS protests began amid calls for Nigeria’s government to close the police Special Anti-Robbery Squad, known as SARS, but has become a much wider demand for better governance in Nigeria.

Amnesty International said it had received “credible but disturbing evidence of excessive use of force occasioning deaths of protesters at Lekki toll gate in Lagos”, adding that it was investigating “the killings”.

In a Twitter post, the Nigerian Army said no soldiers were at the scene of the shooting on Tuesday night.

The state government earlier said it would open an investigation into the shooting. A Nigerian army spokesman did not immediately respond to requests for comment.