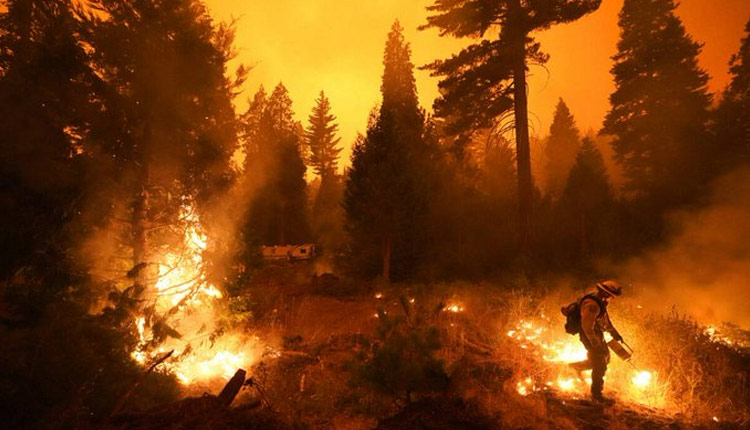 San Francisco: At least 10,488 structures have been destroyed due to the 21 wildfires still raging across California, with 12 of them still categorised as major incidents, according to authorities.

In its latest update, the California Department of Forestry and Fire Protection (Cal Fire) said that more than 5,300 firefighters continued to battle the blazes as of Saturday.

On Friday, windy conditions were experienced across Northern California which challenged efforts in containing the 24 new initial attack wildfires that broke out across the state, it said.

All but two of the initial attack fires were contained, while crews are continuing to make good containment on fires in Napa and Humboldt counties, Cal Fire added.

The National Weather Service has issued a Red Flag Warning for much of Northern California from Sunday due to extreme fire weather.

Winds will likely be 20 to 30 mph, with gusts of up to 70 mph, which are forecast to be the strongest this year, according to Cal Fire.

Northern California’s East Bay Regional Park District will close a number of its facilities out of concern about fire danger, according to a report by the San Francisco Chronicle.

Since the wildfires erupted in California earlier this year, at least 31 people have lost their lives.