New Delhi: At a time when rumours are making rounds that the Board of Control for Cricket in India (BCCI) may take the 13th edition of the Indian Premier League (IPL) out of the country, in a major development, the decision-makers in the Board are reportedly divided 3-2 when it comes to the venue for […]

New Delhi: At a time when rumours are making rounds that the Board of Control for Cricket in India (BCCI) may take the 13th edition of the Indian Premier League (IPL) out of the country, in a major development, the decision-makers in the Board are reportedly divided 3-2 when it comes to the venue for the league. While the matter is heavily tilted in favour of hosting the league in the country, there are a couple of voices which want to take it outside if needed.

Speaking to IANS, a BCCI official said that while the general thought is that having the league in India will mean that the country has come out of the clutches of the coronavirus pandemic, there are a few who feel that if the situation demands, the league can be taken to places outside India.

"See, it is a case of the decision makers being divided 3-2 if that is how you wish to understand the current scenario. Without going into the names of who said what, all I can tell you is that the general feeling is that having the league in India would not only be a sign of positivity amongst the people of the country, but will also help as we will not need to travel abroad and act to a fresh set of guidelines.

"But then, there are a couple of voices who also feel that having the tournament should be the priority and if that means taking it out of the country, so be it. So, while we are working on the overall plan, the venue is an area which will need further deliberation. Also, at the end of the day safety of the players and everyone involved is priority," the official explained.

An official of a franchise echoed the sentiments and said that priority should always be having the tournament in the country. "See, if you have the league in the country, it is a positive signal to not just the world, but also to the people in India that we have managed to get back to normalcy. Also, the expenses go up quite a bit if you go outside. So, for us and I think for most of the teams, India would be the preferred choice," the official told IANS.

Players across the globe have been vocal about looking forward to playing the IPL now that it is almost certain that Cricket Australia (as per their mail to the ICC) is not in a position to host the World T20 in October-November as per initial schedule.

Speaking to IANS, India and Chennai Super Kings pacer Deepak Chahar said that he was hoping to kickstart the cricketing season with the T20 league.

"We will need to slowly get back into the groove and I believe that IPL could be the perfect vehicle for us to return to cricketing action. It helps that we have a lot of games and that gets you into the rhythm. If you make a player play an ODI or Test immediately after the break, the body might break down due to the load. Like when you hit the gym, you don't do a 100kg bench press to start with.

"Similarly, playing the IPL will help not just the bowlers, but all cricketers as the level of competition you get here is top-class. But we do need a proper camp before the IPL starts so that we can get back into the groove after this phase away from the game," he pointed.

India and Kolkata Knight Riders spinner Kuldeep Yadav had also said that he was really looking forward to playing in the IPL.

"Of course I am very excited. I have heard that the IPL may happen this year as the T20 World Cup may get pushed. I am all set and very excited for IPL because I will get to play after a long break. IPL is a tough tournament and if it happens this year I will give my best. IPL will also give us confidence for the forthcoming Australia series. So yes I am all excited and I am looking forward to it," he had said. 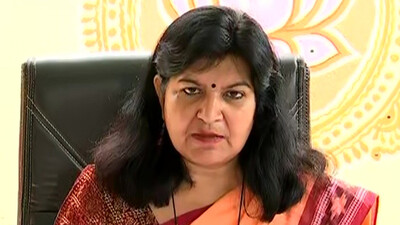