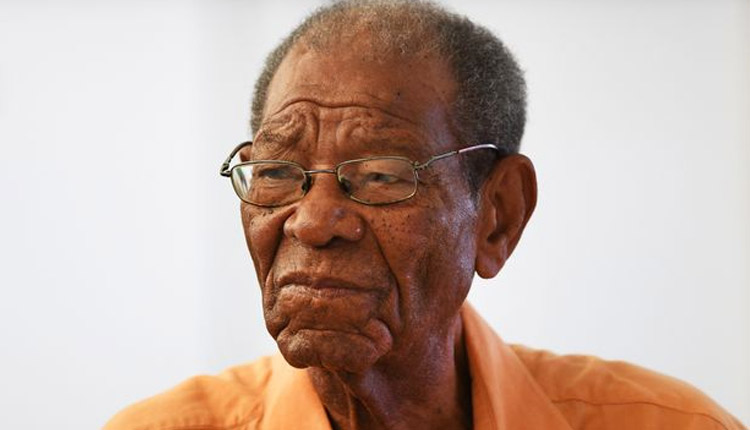 New Delhi: Legendary West Indies batsman Sir Everton Weekes has passed away. He was 95. He breathed his last at the Christ Church home on Wednesday in Barbados.

He made his Test debut at age 22 against England at Kensington Oval in 1948 under the captaincy of George Headley. His final match was against Pakistan in Trinidad a decade later.

Our hearts are heavy as we mourn the loss of an icon. A legend, our hero, Sir Everton Weekes. Our condolences go out to his family, friends and many fans around the world. May he rest in peace. 🙏🏽 pic.twitter.com/RnwoJkhjPd

His average of 58.61 runs means Sir Everton is one of two West Indies greats, along with George Headley, in the top 10 Test averages of all time. This average has been bettered by only four players in history to have scored more than 4000 runs. In all first-class cricket he played 152 matches and scored 12010 runs at an average of 55.34 with a top score of 304 not out.

He was part of the famous ‘Three Ws’ – alongside Sir Frank Worrell and Sir Clyde Walcott. He was also a highly respected coach, a knowledgeable analyst on the game for the regional and international media, as well as a former team manager, match referee for the International Cricket Council, and a member of the ICC Hall of Fame.

“I learned about his incredible career by reading about him and looking at old videos when I could. His performance stats were excellent as he set tremendously high standards for his time.

“Sir Everton was, therefore, a most amazing pioneer in West Indies cricket; a gentleman and quite simply a wonderful human being. I got to spend a couple of hours with him last year just sitting at his home and talking with him, at a time when he was recovering from a serious illness.”

“Sir Everton Weekes was truly one of the founding fathers of West Indies cricket excellence. May his soul rest in eternal peace,” he added.