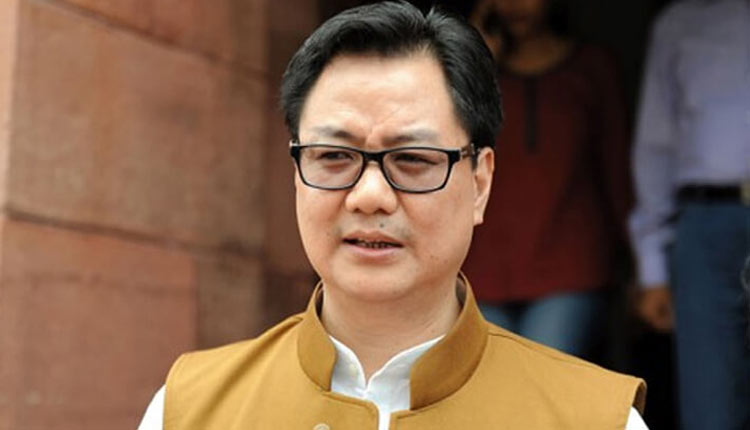 New Delhi: Sports Minister Kiren Rijiju on Friday said that his government will soon launch Target Olympic Podium Scheme (TOPS) for junior athletes in the country with an aim to produce Olympic champions by 2028.

“This is a dream of every Indian and I am just trying to translate it into a mission. Olympics is the biggest event on the planet and when India does not figure anywhere in the medals tally it really hurts,” the Sports Minister said.

“We have worked hard to achieve our goals, we have made big base. The TOPS is currently there for senior athletes who are medal prospects in Olympics but we will soon launch the TOPS scheme for the juniors as well.”

He said the government will identify 10 to 12-year-old talents and adopt them.

“We will take care of their every need and prepare them as medal prospects by 2028 Olympics,” he added.

Rijiju made the statement while reiterating that India can finish in the top-10 of the medal tally in 2028 Los Angeles Olympics.

“When I became Sports Minister I set a target of finishing in top 10 in the medals tally in 2028 Olympics and it is achievable. I am saying this with full conviction,” he said.

During the webinar, Rijiju also emphasised on the need to become a fitter nation and said the Fit India movement has been contributing a lot towards that goal.

“Fit India movement has become a people’s movement in true sense. The ultimate aim of this movement is to make India,” he said.

“The movement is going on very well and on August 29 we will complete a year of this movement. We have achieved a lot in this one year”, he further added.