Sports Ministry To Hire Around 1500 Coaches To Fill Up Vacancies: Kiren Rijiju 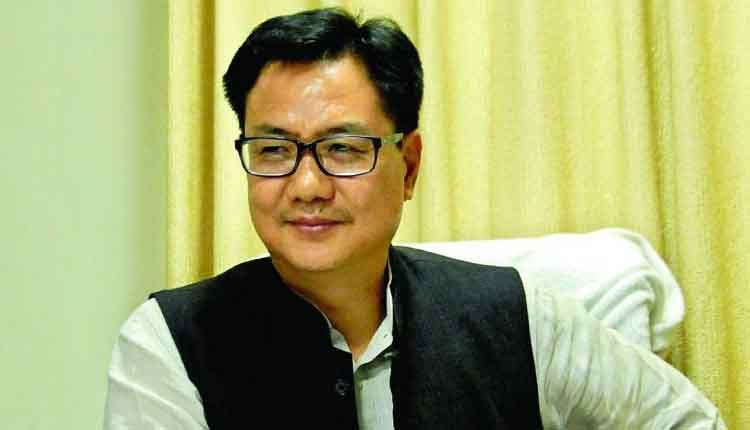 New Delhi: Sports Minister Kiren Rijiju on Friday said the government has decided to recruit around 1500 coaches to fill up existing vacancies and ensured full support to the country’s athletes.

“There are approximately 1500 vacancies for coaches, whom we couldn’t hire due to technical reasons. So we have decided to fill up these vacancies in the coming days,” Rijiju said on the sidelines of a program celebrating ‘National Girl Child Day’.

“We are not going to wait for the 8 years period and will promote the assistant coaches to senior level after few years on the basis of their service record, so that there is no dearth of coaches.

“We are hiring reputed foreign coaches, irrespective of their remuneration. There will be no shortage of funds for the training of the Indian athletes. There are some very good Indian trainers and coaches and we are hiring them as well,” he added.

The Khelo India Youth Games, the 13-day government’s flagship project, concluded this week with Maharashtra maintaining its supremacy by finishing at the top of the table with a massive haul of 256 medals.

“I was extremely happy to see so many national records being broken during the Khelo India Games which is a Under-21 tournament. Some of these athletes will also participate in the Olympics and in other various international events,” Rijiju said.

Rijiju also said that his ministry is trying to ensure that athletes get the required diet at all training centres.

“I had gone to Lucknow recently and there I came to know the quality of food was not good, so I stepped in and now I have got the feedback that the quality has improved,” he said.

Hailing the country’s women athletes, Rijiju said: “The performance of Indian women athletes in Olympics and world championships are better than men. They win more medals than the boys in international tournaments. We have told the sports training centres to give equal opportunities to women.

“If we don’t encourage women, our 60 per cent chances of winning medal will be gone. They train as harder and has an equal standing as men.”

Mumbai To Get Mounted Police Unit After Eight Decades