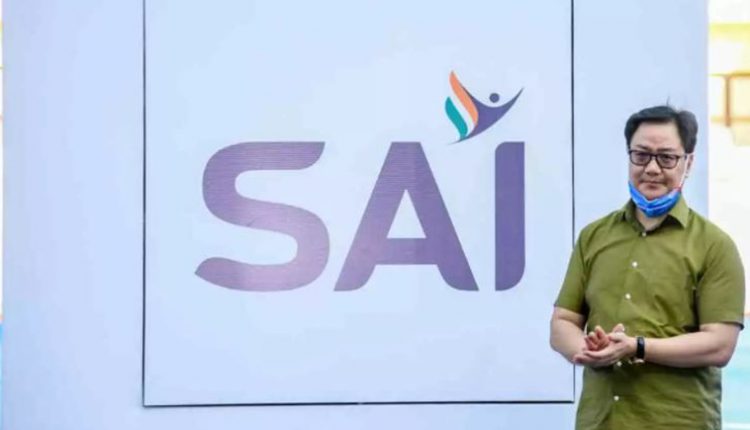 New Delhi: Sports Minister Kiren Rijiju on Wednesday unveiled the new Sports Authority of India (SAI) logo, which has been changed for the first time since the apex sports body’s inception in 1982.

The new logo highlights ‘SAI’ in bold letters with the depiction of an athlete’s flight to success in the background.

The logo was unveiled in a brief ceremony organised at the Major Dhyan Chand National Stadium here, which was also attended by Sports Secretary Ravi Mittal, SAI Director General Sandip Pradhan and Indian Olympic Association President Narinder Batra among others.

Speaking on the occasion, Sports Minister Rijiju said that soon after taking charge of the ministry, he proposed to change SAI’s logo and make it more simple and meaningful.

“The new logo is small but its meaning and goals are big. The logo is the identity of any organisation. SAI has been promoting sports in India for long but it’s old logo looked long and cluttered to me. So, I thought of a short logo where SAI’s name is more visible. The new logo is thought of simplicity,” he said.

“The new logo would be easier to display and would easily get imprint in anyone’s mind.”

Rijiju reiterated his vision to witness among the top 10 countries in 2028 Los Angeles Olympics.

“In every work (we do), aim and objective are very important. There should be a target in mind and our target is to finish in the top 10 in the 2028 Olympics.

“But to achieve that target, you need time and so we have taken an eight-year target. I have no doubts we can achieve our goal,” the minister said.