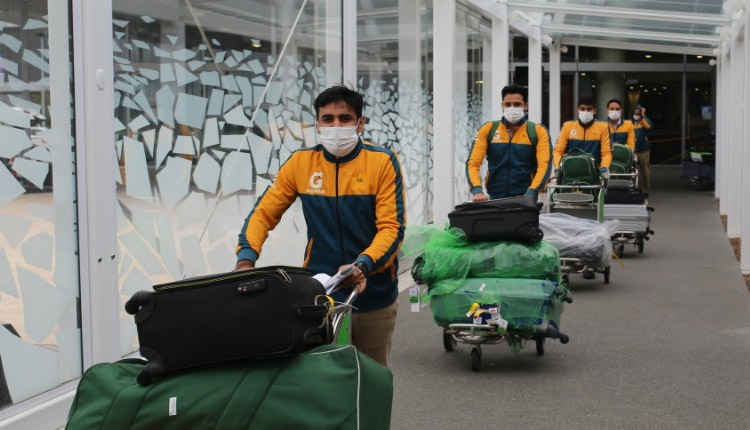 This was reported to the NZC after some of the members of the touring side, which is currently in isolation at a facility in Christchurch, had “contravened protocols on the first day of managed isolation”.

“Two of these six results have been deemed “historical”; four have been confirmed as new,” NZC stated in a media release.

“This means that, in line with the protocols governing the squad’s entry into New Zealand, the six members of the squad will be moved to the quarantine arm of the managed isolation facility,” it added.

Following the development, the Pakistan team’s exemption to train while in managed isolation has been put on hold until investigations have been completed, the host board further said.

Prior to leaving Lahore, all members of the Pakistan touring squad had returned negative results on the four occasions they were tested.

“Separately, NZC has also been made aware that some members of the Pakistan team had contravened protocols on the first day of managed isolation. We will be having discussions with the tourists to assist them in understanding the requirements,” NZC stated.

“NZC considers public health and safety to be paramount in the hosting of international teams, and is supportive of the Ministry of Health and Government position,” it added.

According to New Zealand media, the Canterbury District Health Board’s medical officer of health has sent a letter to the squad’s management saying all team members must stay in their rooms until further advised.

The breaches, reportedly caught on CCTV cameras, happened despite “clear, consistent and detailed communication of expected behaviours” according to a health ministry spokeswoman.

“It is a privilege to come to New Zealand to play sport, but in return teams must stick to the rules that are designed to keep COVID-19 out of our communities and keep our staff safe,” Bloomfield was quoted as saying by stuff.co.nz.

“The team as a whole has been issued with a final warning,” he said.