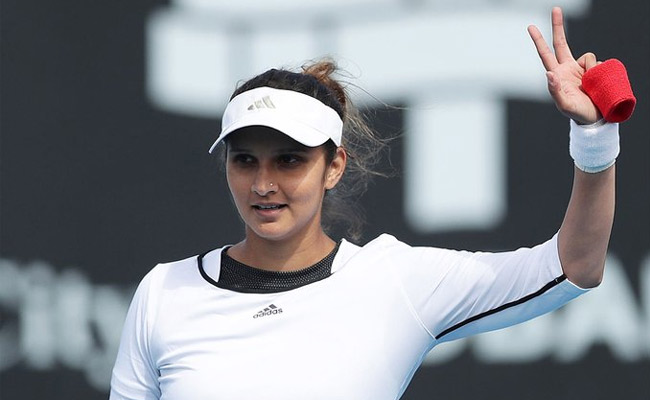 “It’s an honour to win the Fed Cup Heart Award as the first Indian,” said Sania in a statement. “I dedicate this award to the entire country and to all my fans and thank everyone for voting for me. I hope to bring more laurels to the country in the future.”

It’s an honor to win the Fed cup Heart award as the first Indian and first person from the subcontinent.this award is for the entire country and to all my fans and thank everyone for the votes .❤️ @FedCup @AITA__Tennis pic.twitter.com/8L6HHCTpPd

Along with the award, the 33-year-old also received a cheque for $2,000 to be donated to a charity and she opted to help with relief during the ongoing coronavirus crisis.

“I want to donate the money that I get from this award to the Telangana Chief Minister’s Relief Fund as the world is going through very difficult times with the virus.”

I want to donate the funds that I get from this award to the Telangana CM relief Fund as the world is going through very difficult times with the virus .. thank you all ?? pic.twitter.com/bdK3WeUxkK

Sania played an integral role in India securing a first-ever place in the Fed Cup playoffs. She won the decisive doubles match that helped India secure their win over Indonesia in their final Group 1 match and they finished second in the group.

After giving birth to her son Izhaan in October 2018, Sania returned to the court in January this year. She clinched the women’s doubles title at Hobart International, pairing up with Nadiia Kichenok, in her comeback competition.

Along with Sania, Latvia’s Anastasija Sevastova won the Qualifiers award for her win against 23-time Grand Slam champion Serena Williams with Mexico’s Fernanda Contreras Gomez and Estonian Anett Kontaveit being the other zone winners.