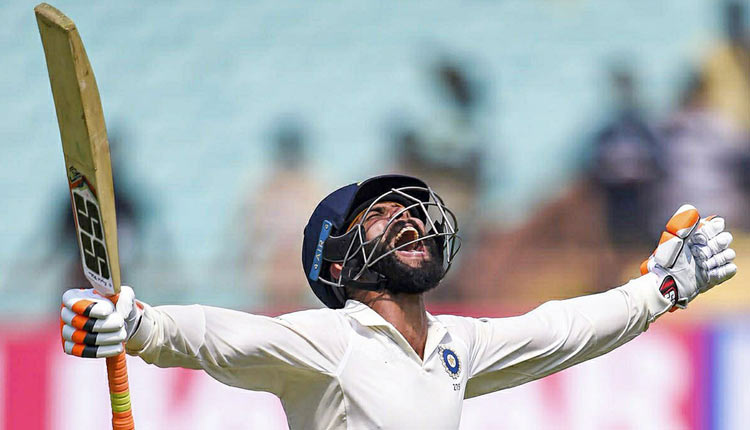 New Delhi: All-rounder Ravindra Jadeja has been named the Most Valuable Player for India in the 21st century by Wisden.

The 31-year-old’s MVP rating, which was calculated using the cricket data analysis tool CricViz, was 97.3. Additionally, the rating makes Jadeja the second most valuable player of all time in Test cricket according to the analysis, only behind Sri Lankan spin legend Muttiah Muralitharan.

Jadeja reacting on the announcement penned down a heartfelt note and shared the same on Twitter, “Thank you Wisden India for naming me the ‘Most Valuable Player’. I would like to thank all my teammates, coaches, fans and well-wishers for your support as I aim to give my best for our country. Jai Hind.”

Thank you Wisden India for naming me the ‘Most Valuable Player’. I would like to thank all my teammates, coaches, fans and well wishers for your support as I aim to give my best for our country. Jai Hind. 🇮🇳🦁🙏 pic.twitter.com/azj7HMFSZu

Jadeja is a regular in the Indian limited-overs and Test sides but since 2000, but has rarely featured in conversations about India’s most valuable player, a title that had initially been reserved for the likes of Sachin Tendulkar, Rahul Dravid and Virender Sehwag and later on M.S. Dhoni and current captain Virat Kohli.

However, CricViz’s Freddie Wilde told Wisden that Jadeja’s ability to contribute with the bat and the ball and his extraordinary ability in the field works in his favour. “It might come as a surprise to see Ravindra Jadeja, India’s spin-bowling all-rounder, feature as India’s number one. After all, he’s not even always an automatic pick in their Test team. However, when he does play he is picked as a frontline bowler and has batted as high as No.6 — contributing to a very high match involvement,” said Wilde.

Jadeja has 213 wickets in Test cricket and has scored 1869 runs at an average of 35.26. He has taken nine five-wicket hauls and also scored a century. In ODIs, Jadeja has 187 wickets and scored 2296 runs.