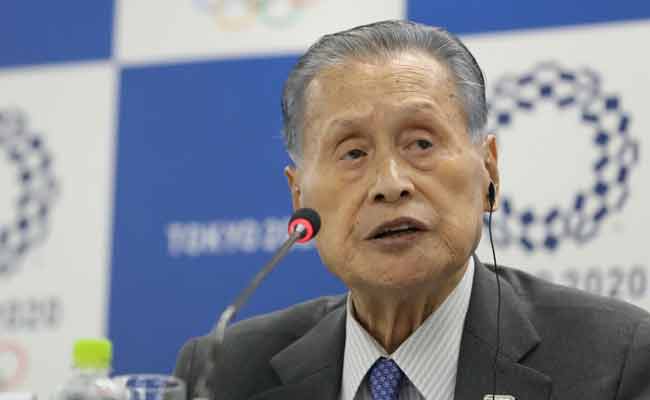 Tokyo: Tokyo 2020 Olympics organising committee president Yoshiro Mori on Wednesday dismissed speculation that the Games might be cancelled due to the coronavirus outbreak.

“I am totally not considering this,” Mori told reporters at a briefing when asked about a possible cancellation.

Asked when the organisers could decide on changes to the Olympics, he said: “I’m not God so I don’t know.”

The International Olympic Committee (IOC) executive board on Tuesday expressed its full commitment to the success of the Olympic Games in Tokyo to be held between July 24 to August 9 this year.

The IOC board heard a report on all the measures taken so far to address the coronavirus situation, which was followed by a comprehensive discussion, a statement on IOC’s official website read.

IOC spokesman Mark Adams while addressing a press conference in Lausanne, Switzerland said that it sees “no reason” to think anything other than the Games will be going ahead as planned.

“We’re not even worrying, thinking about that (relocation), because we’re planning to have the games on the 24th of July,” said Mark Adams

It appreciates and supports the measures being taken, which constitute an important part of Tokyo’s plans to host safe and secure Games, the statement read.

Japan’s Olympic Minister had on Tuesday said that the agreement that the host city has with the IOC could be interpreted as having a provision for holding the Games in a later month within 2020.

Coronavirus: CBSE to allow students to carry masks, hand sanitiser during board exams