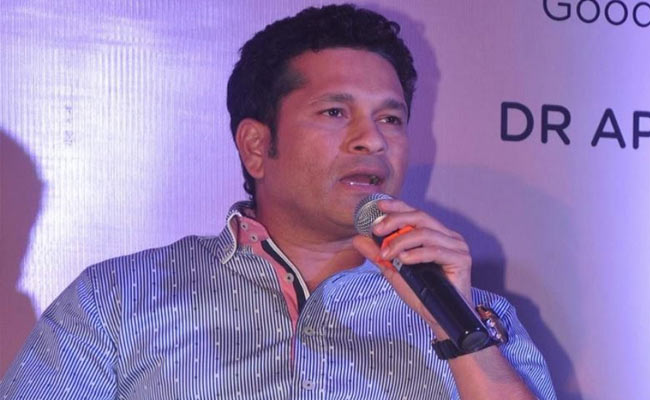 New Delhi: April 24 is remembered by cricket fans across the world as the day cricket legend Sachin Tendulkar was born. But this year, there will be no celebration in the Tendulkar household as the Master Blaster is clear that now is the time to fight the coronavirus outbreak and help those in need.

Speaking to IANS on the eve of his 47th birthday, Sachin Tendulkar spoke about his message to the fans in these tough times, the way he is spending time with family amidst the lockdown and most importantly what he feels about the fate of the Indian Premier League as well as the World T20 to be held later in the year in Australia.

For someone who is considered a legend due to his achievements on the cricketing field, Tendulkar wants every person to stay indoors and follow the guidelines of the government as they fight the pandemic.

“My message to my loved ones is that for so many years they have wished well for me and my way of wishing well for them would be to give them a message that they should stay at home and be safe. Whenever I went out to bat, they wanted me to score runs and not get out. So here, I want them to stay safe and secure and stay healthy and not get out. Like they wanted me to stay in the crease, I want them to stay in the crease,” he smiled.

Tendulkar likes to quietly work for the underprivileged and even though he has always obliged fans with photos and autographs, he refuses to speak about the social work that he does.

“I don’t like to speak about these things. I want to continue doing my work. One of my agendas is to see what we have been able to do in the past and help uplift the life of the underprivileged ones. We have planned a few things which will go on and the idea is to give back to the needy ones. It is not just about this time and during the coronavirus. We want to do this for as long as I am alive,” he explained.

Coming to the gentleman’s game, this is an unforeseen situation wherein not just the IPL has been postponed, but also the future of the World T20 in Australia later in the year looks under cloud. While various solutions have been spoken about by pundits with former India skipper Sunil Gavaskar even calling for a swap with India hosting this year’s WT20 and Australia hosting the next edition, Tendulkar says for him cricket should be the winner.

“I don’t know about the number of days available or when it was likely to happen (the exact dates). As long as there is cricket, I am happy. I am sure ICC would look into it and so will BCCI and the Australian cricket board and see which is the best way forward and then decide for world cricket, Indian cricket as well as Australian cricket. I feel they just need to identify the windows and if it fits into those windows, then why not?” he said.

This Indian team is known to have one of the best bowling line-ups in the world and even skipper Virat Kohli keeps talking about how he is privileged to lead this attack. Asked if Tendulkar would want to have such an attack when the Fab Four — Sourav Ganguly, Rahul Dravid, V.V.S. Laxman and him — was going strong, the Little Master says he doesn’t like comparisons.

“And if I have to say about my colleagues Ashish, Zaheer, Agarkar, Bhajji, Anil and Srinath among others, they had also done very well. It is just that the opposition also one needs to look into. There are a number of elements there like opposition, the rules have changed and all those kind of elements add when you are comparing. You cannot do bits and pieces comparison,” he explained.

Finally, is it a little frustrating to stay indoors for someone who has spent most of his life on a cricket field, Tendulkar says he is making the most of the time he is getting with his family.

“Not really (frustrated) to be honest. I am enjoying everyone’s company at home. We friends are in touch with each other, just that we cannot meet and sit together which we normally do. We do make phone calls and have chats. At home, I am spending time with the children, my wife and also with my mother.

“Normally the children (Arjun and Sara) are now 20 and 22 and they have their own bit to do. Also, for someone like my mother who if I am travelling it is hard to meet her, so for her also, the way I am feeling as a parent, she is also getting my time as a mother,” he signed off.

Pug As Groom, Dog Owner Scouts For ‘Rishtas’ on Social…