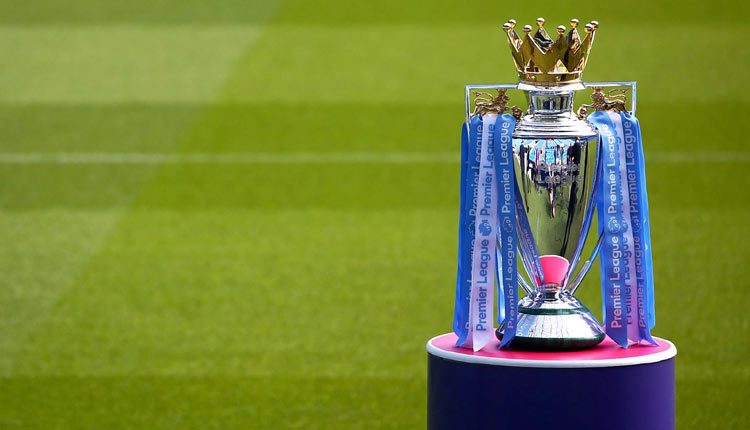 London: The English Premier League season will resume on June 17 with Aston Villa taking on Sheffield United and Manchester City locking horns with Arsenal in the big game, as per a BBC report.

All four teams have a game in hand and these two fixtures were still to be played when the league stopped.

A full fixture list would be played on the weekend of June 19-21, the report said.

Premier League teams had on Wednesday given their approval to begin contact training as England move a step forward in resuming its top-tier football league. All football in the country has been suspended since March due to coronavirus pandemic.

The players returned to individual and small group training last week as officials continue to target mid-June as a possible return date for resumption of matches.

Meanwhile, two players from Fulham tested positive for coronavirus in the latest round of results that the English Football League Championship club announced on Thursday.

Tests were carried out on 1,030 players and staff between Monday and Wednesday, the EFL said. Apart from the two Fulham players, only one more positive test has come thus far. The EFL hopes for a resumption of the season next month.

Earlier, four more positive tests came from the Premier League, raising the total number to 12 across the league.

The four cases have come from three clubs, with the league not announcing the names of those who tested positive for COVID-19.

Italy’s Serie A to resume from June 20

Nearly 12 weeks after Italy’s top football league played its final games before the nation-wide coronavirus lockdown entered into force, the Italian government has given Serie A the nod to restart play on June 20.

The decision, announced by Minister of Sport Vincenzo Spadafora after less than an hour of virtual discussions with officials from the Italian Football Federation and representatives of Serie A, players, coaches, and referees on Thursday, comes after weeks of contentious talks and widespread media speculation on the topic, reports Xinhua news agency.

“Italy is reopening (and) it is correct that the football season should restart as well,” Spadafora told reporters.

Earlier this month, 16 of 20 Serie A teams voted to restart play on June 13, with four teams voting for a June 20 start. But that vote was contingent on health and safety protocols for players and fans and in the end, the latter date was selected because it took so long to agree to those protocols.

The agree-to rules mean teams will play in front of nearly empty stands and widespread COVID-19 testing for players and officials. If any player tests positive for the coronavirus, everyone who came in contact with that player will immediately be quarantined.

Other football leagues in Italy, including lower divisions like Serie B and Serie C as well as the Serie A for women, will also restart, though at a later date.

Spadafora warned that if data on the coronavirus infection rate in Italy, which has improved dramatically since mid-April, worsens, the season could be halted again.

“Should the rate of COVID-19 infection start to increase again, something that we are hoping won’t happen, activities will have to be suspended once more,” Spadafora underlined.

“However, the FIGC has assured me that a Plan B and a Plan C are in place where either play-offs and play-outs or the existing table will be used.”

Corona Cases Surge To 1723 In Odisha With 63 New Positives