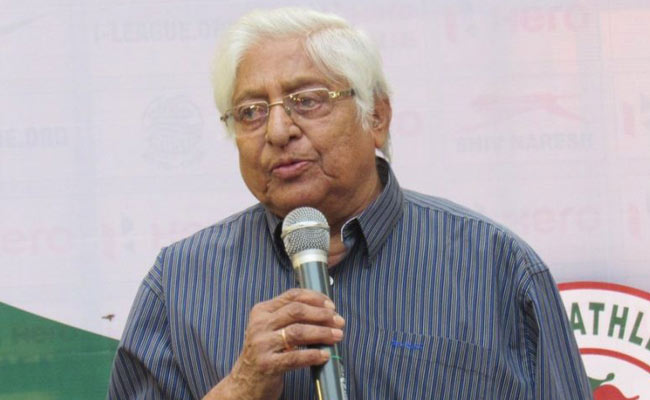 The versatile sports veteran was 82 and breathed his last at a hospital here. He is survived by his wife Basanti and son Sudipto.

“He suffered a cardiac arrest and died in the hospital at around 5pm,” a family source told PTI.

Goswami was also battling underlying ailments, including sugar, and prostrate and nerve problems.

Born in Kishoreganj District of undivided Bengal, which is now in Bangladesh, the striker, whose actual name was Subimal but was best known by his nickname, played 50 international matches between 1956 and 1964, including the 1960 Olympics in Rome.

besides captaining India to the Asian Games gold medal in 1962, he was also a part of the silver-winning team in the 1964 Asia Cup in Israel, which remains the country’s best performance in the continental showpiece till date.

Chuni Goswami, PK Banerjee, who also died recently, and Tulsidas Balaram formed a deadly forward-line during the ‘Golden Era’ of Indian football when the country was considered one of the Asian powerhouses.

Goswami won the Best Striker of Asia Award in 1962.

For his service to Indian football, he was conferred with Arjuna Award (1963) and Padma Shri (1983).

The Indian Postal Department issued a commemorative stamp on his 82nd birthday in January to recognise his contribution to the game in the country.

Goswami played for a single club, Mohun Bagan, throughout his career before his retirement in 1968.