Kolkata in race to host India-Qatar WC qualifier in March 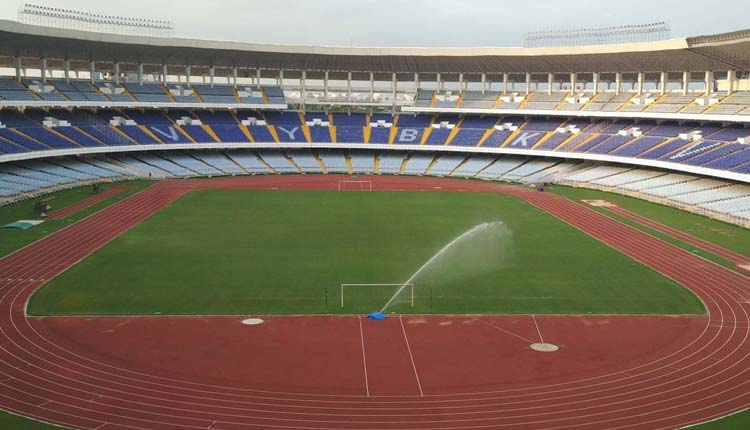 Kolkata: The iconic Salt Lake Stadium could once again be packed to the rafters for an India game as it is in the race to host the Group E World Cup qualifier tie against Asian champions Qatar on March 26 next year.

The turnout for the Bangladesh game, unprecedented for national team matches in the country, left everyone impressed with India head coach and Croatia’s 1998 World Cup bronze medallist Igor Stimac saying that it will remain in his memory forever.

On Thursday, sources told IANS that the Indian Football Association (IFA), which is the parent body for the sport in West Bengal, has spoken to All India Football Federation (AIFF) about hosting the tie in the City of Joy.

Besides Kolkata, Kerala and Bhubaneswar are also in the race.

“The IFA is expected to send a formal letter to AIFF on Friday. Stimac is also interested to play in front of such an amazing crowd. It’s too early to say that Kolkata is the front runner but chances are there,” a well-placed source said.

“I have been part of many big games. But this one was special,” Stimac had said after the game.

India captain and record goalscorer Sunil Chhetri had expressed gratitude to the fans who turned up in large numbers to support the team, saying they could not deliver a performance to match the atmosphere.

“We couldn’t deliver a performance to match the atmosphere at the Salt Lake last night, and the dressing room is very disappointed about it. We couldn’t capitalise on the chances we got, but this is a process on the pitch and in the stands. You turned up, we’ll keep attempting to,” Chhetri had tweeted.

India has two points after three matches in the qualifiers and sits in the fourth spot in the five-team group.

Team showing consistency in run up to Olympic qualifiers: Reid