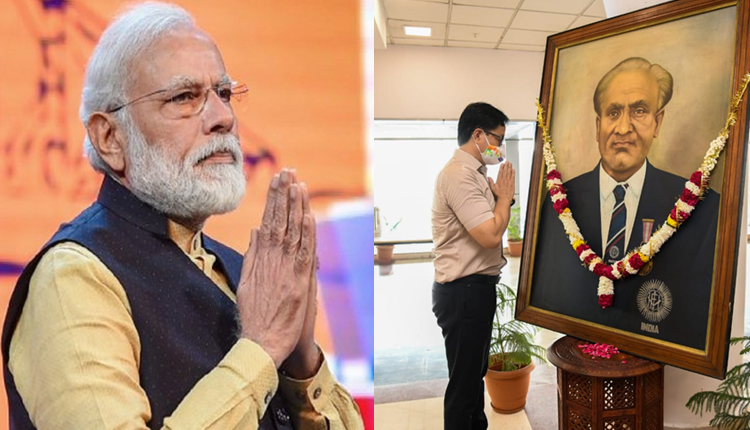 Modi took to Twitter to remind that Dhyan Chand’s birthday, which is also celebrated as the National Sports Day, when remarkable achievements of all those exemplary sportspersons who have represented India in various sports and made the nation proud is commemorated. “Their tenacity and determination are outstanding.”

IPL 2020: Half Centuries Of Manish, Vijay Help SRH Win Over RR By…

DC’s Kagiso Rabada Says Sportspersons Need To Speak Up On…

“Today, on National Sports Day, we pay tributes to Major Dhyan Chand, whose magic with the hockey stick can never be forgotten. This is also a day to laud the outstanding support given by the families, coaches and support staff towards the success of our talented athletes.”

Today, on #NationalSportsDay, we pay tributes to Major Dhyan Chand, whose magic with the hockey stick can never be forgotten.

This is also a day to laud the outstanding support given by the families, coaches and support staff towards the success of our talented athletes.

The Prime Minister stated that the union government is making numerous efforts to popularise sports and support sporting talent in the country. “At the same time, I urge everyone to make sports and fitness exercises a part of their daily routine. There are many benefits of doing so. May everyone be happy and healthy!”

Union Sports Minister Kiren Rijiju on Saturday morning paid a floral tribute to the statue of Dhyan Chand at the Major Dhyan Chand Stadium in the national capital.  Rijiju was joined by other dignitaries during the ceremony and he also took time to address a Khelo India e-pathshala at the stadium.

“Today is a very important day for all of us, especially the sporting fraternity. Major Dhyan Chand’s three consecutive gold medals for India and his exemplary skills and determination makes every Indian proud,” said Rijiju.

“On the occasion of this National Sports Day, the government confers the awards and I would like to congratulate all the award winners for the accolades and honours they have brought to India,” he added. 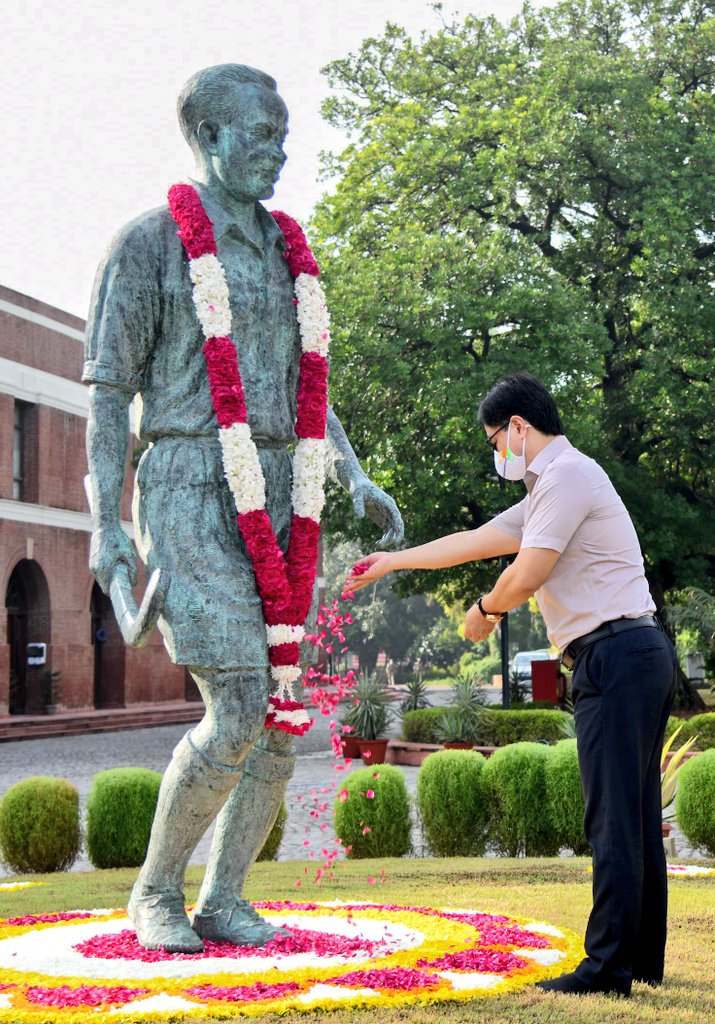 Asked why the number of sports awardees this year has increased significantly, with 74 awards being given in seven categories, the Sports Minister said, “The performance of our athletes in the international level has become better. When our players perform better, they have to be recognised and rewarded. If the government doesn’t recognise their achievements, it will discourage every budding sporting talent we have in India.”

“So, compared to the previous years, the performances of the Indian athletes have gone up considerably and as a result, the number of award winners has also gone up.”

“Secondly, there should be a proper process in which you make a choice. For the sports awards, the committee was headed by a Supreme Court judge and all the renowned people from the field of sports. When they take a call there is intense deliberation, discussion and there are set guidelines on the basis of which they have used their judgment.

“There might be disappointments on certain occasions but sports awards are not for one year. It is the cumulative performance of four years. So if any sports person is left out because of other contenders in the same category, it is rewarded next year.

“The minister doesn’t decide the awards, the minister only gives the consent on behalf of the government but it is the technical committee which decides,” he added.

Following the proceedings at the Major Dhyan Chand Stadium, Rijiju headed over to the Vigyan Bhavan where the virtual National Sports Awards will be conducted for athletes who are collecting their awards from the national capital. They are connected online with the President Ram Nath Kovind at the Rashtrapati Bhawan.

The Sports Minister also paid his commiserations to late athletics coach Purushotham Rai, who passed away last night after a massive heart attack. The Bengaluru based coach was due to get the Dronacharya Award during Saturday’s virtual ceremony in person from Bengaluru.

On National Sports Day, the government honours outstanding sportspersons by conferring them with the Rajiv Gandhi Khel Ratna Award, Arjun Award and Dronacharya Award (for best coach) at the Rashtrapati Bhawan. However, this year, the ceremony will take place virtually due to the Covid-19 pandemic.

A total of 74 sportspersons and coaches have been chosen for this year’s national sports awards that includes cricketer Rohit Sharma, Indian hockey captain Rani Rampal and TT player Manika Batra.

Sonu Sood’s Message To JEE, NEET Candidates: ‘If You Are Stuck, Let Me Know’

IPL 2020: Half Centuries Of Manish, Vijay Help SRH Win Over RR By 8 Wickets