IPL 2021: Five Uncapped Indian Players To Watch Out For 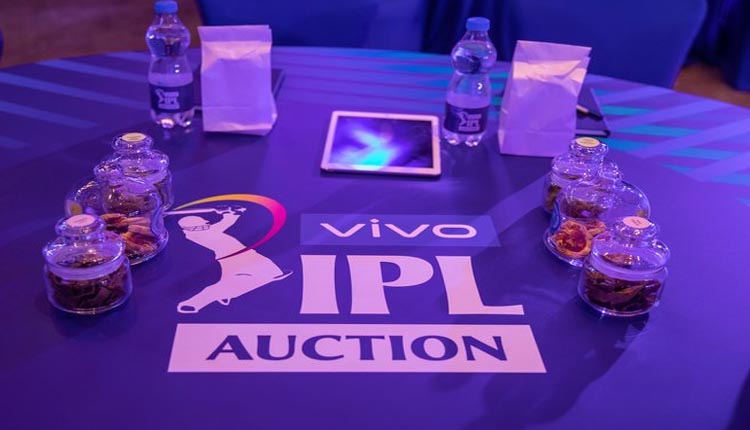 A total of 292 cricketers were in the fray for bidding in the grand auction. As many as 35 Indian players and 22 overseas players found their way among the eight franchises.

The emerging Indian players have been roped in by different franchises owing to their stellar performances in the Syed Mushtaq Ali Trophy.

Here is a look at the five promising uncapped Indian players who could impress in the upcoming edition of the biggest T20 league in the World.

The Tamil Nadu all-rounder was unexpectedly brought from a base price of Rs. 20 lakh to a whopping Rs.5.25 crore by Punjab Kings, formerly Kings XI Punjab.

The talented player was part of the victorious Tamil Nadu team which won the the Syed Mushtaq Ali T20 tournament this year. He wasn’t anywhere near the highest run-scorers in the tournament. However, he drew the attention of all and sundry by his big-hitting abilities. A couple of cameos were crucial in his team’s title-winning run.

His explosive knock of an unbeaten 40 from just 19 balls, laced with five fours and two sixes, took his team over the line in a tight and tense quarter-final against Himachal Pradesh.

He also grabbed the headlines again by playing another cameo in the summit clash. He scored an unbeaten 18 of seven balls in the all-important match to help his team emerge champions.

The auction witnessed another rags to riches story as uncapped left-arm fast bowler Chetan Sakariya was bought from a base price of Rs 20 lakh to Rs 1.2 crore by Rajasthan Royals.

The 23-year-old left-arm pacer from Saurashtra put up an impressive show in the Syed Mushtaq Ali T20 tournament as he picked up 12 wickets from five matches at a brilliant economy of 4.9. The left-arm pacer has a lot of variety in his armoury. He is a very good option as a back-up Indian pace battery.

The 34-year all-rounder was bagged by the Punjab Kings side for a base price of Rs 30 lakh. Although Saxena does not have any international experience, he could be a prized catch for the side. The right-arm off-spinner put up a stunning performance in the recently concluded Syed Mushtaq Ali tournament by picking up 10 wickets in five games at an impressive average of just 11.90.

He has a stunning record in the domestic T20 circuit. So far he has played 59 matches and bagged 59 wickets at an average of just 18.20. With an overall economy rate of just 6.84, he has the ability to choke the batsman and stem the flow of runs. As a right-hand batsman, he could also be quiet handy in the lower order.

The 26-year-old wicket-keeper batsman from Kerala has been roped in by Royal Challengers Bangalore for Rs 20 lakh. His unbeaten whirlwind knock of 137 in the Syed Mushtaq Ali tournament certainly made an instant impact. He didn’t do much in the remaining four matches of the tournament. But in that innings he showcased his full range of strokes and that definitely impressed many shrewd brains of IPL franchises.

His sensational century (137) against the mighty Mumbai at the Wankhede Stadium was the highest T20 score by an Indian in a chase. Azharuddeen scored 214 runs in five innings at a superb strike-rate of 194.54. Apart from his impressive stroke play, he is also a brilliant wicketkeeper. He has played 24 T20s so far with a total of 451 runs in his kitty at a strike-rate of 142.27.

Left-arm pacers are any team’s hot property in T20s and Delhi Capitals made a judicious choice by roping in Lukman Meriwala for Rs 20 lakh. Meriwala was the second-highest wicket-taker in the Syed Mushtaq Ali Trophy. The aggressive pacer played a key role to help Baroda reach the summit clash. His match winning spell (3/28) in the semi-final against Punjab couldn’t have come at a better time. He scalped a total of 15 wickets in eight matches, including a match-winning five-wicket haul against Chhattisgarh. He also had an impressive economy-rate of 6.52 in the tournament.  He has played 44 T20s so far and picked 72 wickets with an economy-rate of 6.72. Meriwala has skilful variations in his armoury and he is certainly a handy addition for Delhi.

India One Draw Away From Qualifying For WTC Final